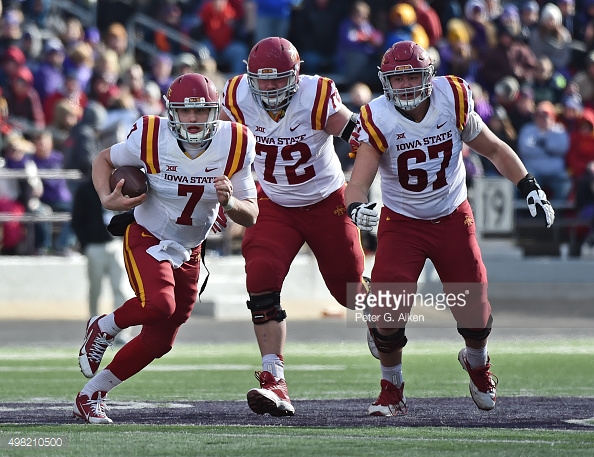 Haven’t confirmed the extent but have spoken to multiple sources who have told me Jake Campos has suffered an injury. #Cyclones

Well, since then, the Ames Tribune also picked up on the report and confirmed that Campos did in fact suffer a leg injury.

The details of the injury, along with the length of time Campos could miss, have not yet been confirmed. But, if Campos does miss extended time, which is feared, it would be a major blow to the Cyclones. Campos is the only returning starter, having started 23 games at left and right tackle over the past two seasons.

The Cyclones are expected to rely heavily on the running game, led by running back Mike Warren, who was a Preseason All-Big 12 First Team. Last season, Iowa State averaged 182 yards on the ground, the best total by a Cyclones team since 2000.

Here’s an update on the timeline, or lack thereof on the injury to Campos:

Campbell statement on Campos: Out indef with leg injury