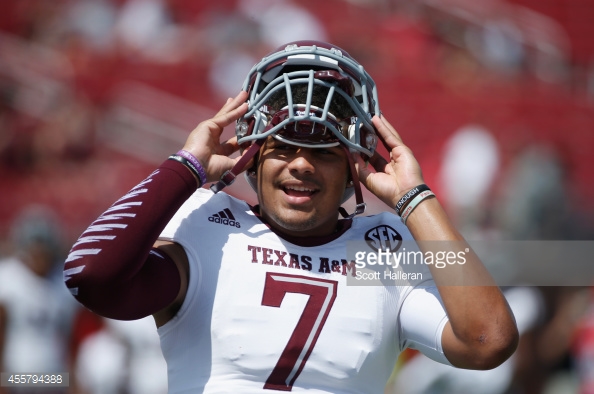 In what was a months-long QB battle to replace Trevone Boykin, head coach Gary Patterson announced on Thursday evening that Kenny Hill would be the team’s starting QB when the season opens up next Saturday against South Dakota State at 7 p.m. at Amon G. Carter Stadium.

The competition was between Hill, a former Southlake Carroll and Texas A&M quarterback, and Foster Sawyer of Fort Worth All Saints.

Hill is at TCU after transferring over from Texas A&M. He was a 4-star recruit out of high school and got off to a promising start in College Station.  In his first start against #9 South Carolina, Hill broke Johnny Manziel’s passing yards record with 511 yards and 4 touchdowns. But, Hill struggled against the ‘big boys’ in the SEC, specifically a 3-game stretch against Mississippi State, Ole Miss, and Alabama where he was sacked 11 times and completed just one pass of 30 or more yards.

Hill was replaced by true freshman Kyle Allen and was released from his football scholarship in January of 2015. In May of 2015, he announced his decision to transfer to TCU and had to sit out the 2015 season.

This decision is far from a shocker, as Hill was selected by Big 12 media voters as the Big 12 Preseason Newcomer of the Year.