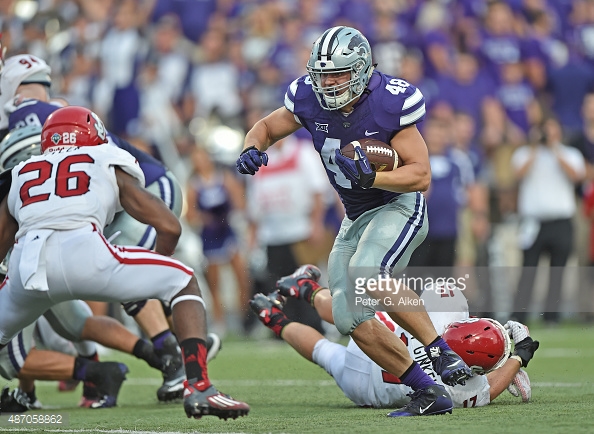 There are few things in the NFL tougher than making a roster as a fullback. Most teams just don’t use them anymore, and if they do, they’ll only carry one. Well, former Kansas State fullback Glenn Gronkowski has reportedly worked his way onto the Buffalo Bills roster.

Can you imagine Rex Ryan partying it up with a Gronkowski? Woooo!

Or, maybe Sexy Rexy is just looking for some tips on how to stop his bro, Rob Gronkowski, in New England?

But, in all seriousness, props to Glenn for working his butt off to win the job. He is likely to be more of a blocker than a pass catcher, but maybe he can score a touchdown or two and we can see how his spike compares to bro.

Gronkowski is the youngest of five Gronkowski brothers who are natives of the Buffalo suburb of Williamsville.

Glenn got some love from one of his older brothers, Gordie, via Instagram.

I couldn’t be more proud of this kid @glenn_gronkowski Just another step forward & still a long way to go but he stuck with his beliefs to make his dream come true! Avoided the outside noises and worked his ass off day in and out to be the best teammate, football player & family guy he could be. Remember the train doesn’t stop here!! A Big Big congrats from your oldest bro!!! #bropowers #buffalobills #yourstory #gronkfitness #believe #jb #preperation

What are the 10 must-watch Big 12 games in 2016?
According to one recruit, K-State already has Bill Snyder’s successor
To Top