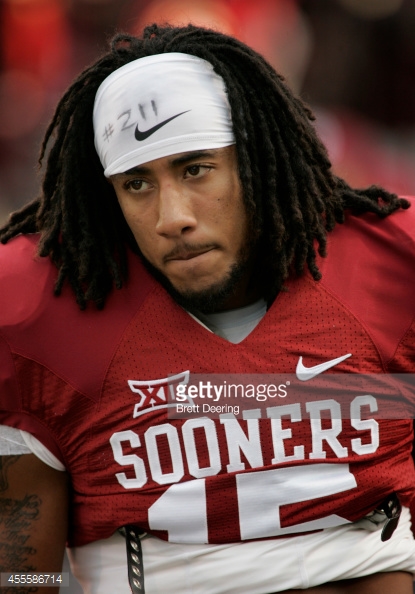 Former Oklahoma cornerback Zack Sanchez was cut by the Carolina Panthers, according to Joe Person of the Charlotte Observer.

This is some shocking news as it is beyond rare for team to cut a 5th-round pick in his rookie year.

According to the Charlotte Observer, Sanchez becomes the first player drafted in four years under GM Dave Gettleman who was cut when healthy.

Sanchez left OU after his junior season and had 15 interceptions in three seasons.

Sanchez can now be claimed on waivers by other NFL teams. If not claimed, he will be a free agent and eligible to sign with the Panthers’ practice squad.

Count me in as someone who believes Sanchez will be picked up by another team, but don’t expect to see him playing much this season.
Unfortunately, these are the risks these guys take when they come out early. Instead of waiting a year, honing his craft, preparing for Houston today, and hopefully being a pick in rounds 2 or 3, Sanchez is in scramble mode looking for a job. Disappointing.
**If you want a chance to win FREE Big 12 gear from your favorite team, be sure to sign up for our weekly newsletter! **

HCS Game of the Week Preview: #3 Oklahoma vs. #15 Houston
Is Oklahoma’s National Title hopes over?
To Top