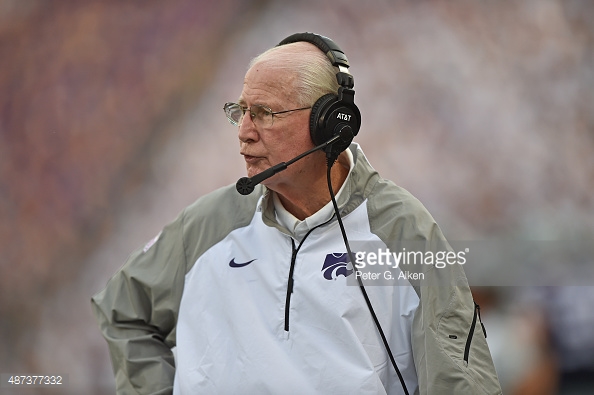 One of the hottest topics across Manhattan has been: who will replace Bill Snyder as head coach of the Kansas State Wildcats?

Well, according to 3-star DE Anthony Payne, he already knows. The 2017 recruit tweeted this out earlier on Friday.

So, um… yea, about that? Was this just a typo by Payne? I mean, I don’t see how you could mistype what he wrote, or have a typo in this tweet to accidentally imply that Sean Snyder will be the next head coach in Manhattan.

Payne went on to try and clarify his initial tweet.

Coach Snyder is an amazing coach and even better man. All I’m saying is if it happened I’d play my heart out for that man just as well #EMAW

Well, this all seems fishy to me, and the cover up was pretty poor.

So, we all know there has been plenty of debate surrounding Bill Snyder’s eventually retirement. He’s 76 years old and clearly is heading down the home stretch. Bill has publicly advocated for his son, Sean, to take over the job. But, there is a large portion of fans that don’t want that. Some would rather shoot for the stars with a guy like Brent Venables.

Either way, look for this pair of tweets to reignite the discussion in Manhattan.