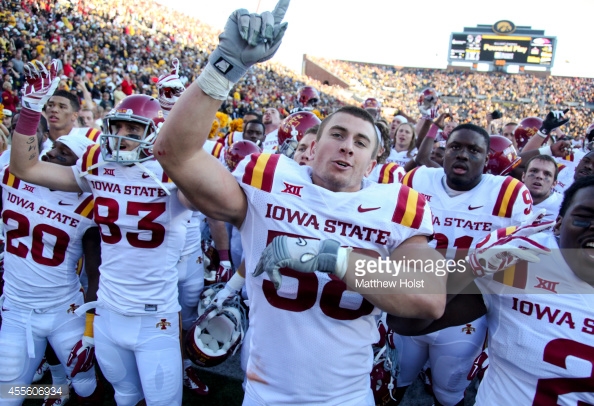 This certainly isn’t the start to the Matt Campbell era that many Cyclones fans expected. Despite all the promise on the recruiting trail, the field has been a different story. After losing a stunner to Northern Iowa in Week 1, the Cyclones went out and got smoked by rival Iowa 42-3 on Saturday.

But, former Iowa State captain and All-Big 12 defensive end Cory Morrissey wrote a lengthy note on his twitter page, requesting the Iowa State fan base to remain positive on social media, especially on any interaction with the players.

Does Morrissey’s request also include hilarious sarcastic tweets like the one below? Hopefully not.

So, let us know Cyclones fans… will you listen to Morrissey? Or are you already too fed up?

Big 12 College Football Picks Against the Spread: Week Two
Podcast: An embarrassing first two weeks for the Big 12
To Top