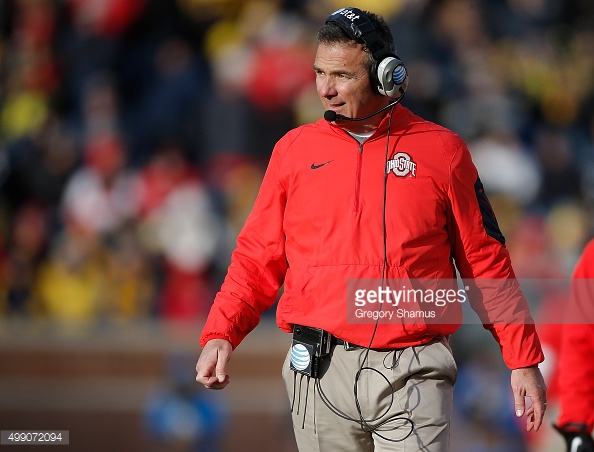 With the Oklahoma Sooners getting set to take on the Ohio State Buckeyes on Saturday, OSU head coach Urban Meyer is getting some advice, according to Fox Sports’ Bruce Feldman.

Urban Meyer said he talked to #Houston coach Tom Herman to get his thoughts on #OU‘s personnel.

Of course, Herman and Meyer go way back. Herman was Ohio State’s quarterbacks coach and offensive coordinator under Meyer from 2012 through 2014, including during their national championship run in 2014. Herman received a ton of credit for helping that Buckeyes team win a National Championship, despite using three quarterback (Braxton Miller, J.T. Barrett, Cardale Jones).

This won’t be the first meeting between these two legendary coaches. When Meyer was coaching the Florida Gators, he helped lead the Gators to a 13-1 record and a BCS National Title by beating the Sooners 24-14.

Ohio State is expected to be the favorite in this game since they are ranked in the top 5, Oklahoma already has a loss (to Houston), and Urban Meyer is 7-0 on the road against ranked teams since taking over in as Ohio State head coach in 2012.

Big 12 College Football Picks Against the Spread: Week Two
Lincoln Riley: Ohio State defense ‘as good as anybody’
To Top