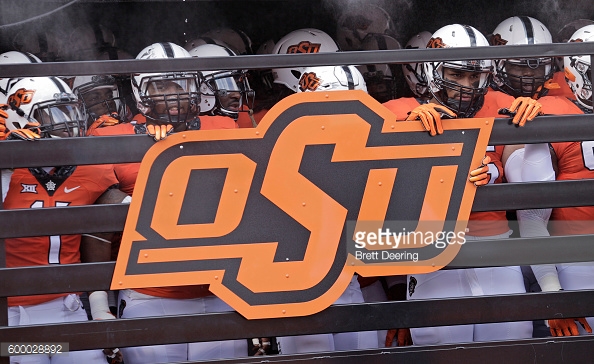 By now, I’m sure you all know what happened in Stillwater Saturday afternoon. The Central Michigan Chippewas defeated the Oklahoma Stats Cowboys 30-27 by virtue of an extra, untimed play after the end of regulation that was awarded by the refs following an OSU penalty. By now you also know the call was incorrect, as admitted by both the MAC and the Big 12, and the play by CMU was spectacular and effective! And lastly, I’m sure by now you all know the game will stand. The refs from the MAC with be suspended for two games, as will the replay officials who were from the Big 12.

It’s done. It’s over. It’s time to move on. Mike Gundy said so himself. So let’s look at this game from a different perspective:

Were the Cowboys prepared at all? Central Michigan is no pushover, but they shouldn’t be able to compete with a team the caliber of Oklahoma State for an entire game. Oh, OSU said all the right things leading up to the game: that they respected the Chippewas after a hard fought game the year before. They talked about how they couldn’t overlook them, about how good the quarterback Cooper Rush was (he really is), and they talked about how they would have to be sharp or risk getting beat.

So why weren’t the Cowboys sharp? Why were the Chippewa’s even in position to win it with a single play? I blame the game the week before. Most everyone that knows anything says the most improvement of a football team happens between game and game two. In the first game of a season, the players finally get some reps against other players that might do something unexpected. Instead of scrimmages against plays they see everyday, they get to read and react, work the rust off. The coaches get some teaching aids in the form of game film, mistakes, and situations they can use to give the players a better understanding of how to be better than they were.

So did Oklahoma State improve from Week 1 to Week 2? It sure doesn’t look like they did.

But should the game against Central Michigan really be thought of as the second game for them? The first game of the season was against the Southeastern Louisiana Lions, an FCS team that had no business being on the field with the Cowboys. OSU rolled to a 61-7 victory that could’ve been far, far more lopsided. The starters played maybe a quarter of football and then spent the rest of the game joking around on the sideline. A video of starting quarterback Mason Rudolph singing along with Cowboy alum Garth Brooks’ “Friends in Low Places” during the third quarter made its rounds among the fans.

Mike Gundy is a fan of these tune-up games. He likes being able to play his starters just enough to get them wet behind the ears and then allow the back ups some quality reps. He likes the thought of his starters have three quarters of a game’s less wear and tear on them towards the end of the season.

But, are reps against an FCS team really quality reps? Does having 15 less carries on a running backs legs in Week 1 help you win Bedlam in December? Will those 5 plays the walk-on safety plays, while wonderful for the kid who may never see the field again, make a difference against Texas Tech’s powerful offense in November?

I say no. In fact I think playing these games to start the season have a negative effect on the team. Playing the first week against a team you are obviously superior to doesn’t do much to motivate you over the summer.

Two seasons ago Oklahoma State opened the season against a Florida State team that had won the National Championship the year prior. The year before that they opened against a solid SEC team in Mississippi State. Both of those versions of the Cowboys showed up ready to play, winning the game against the Bulldogs en route to a 10-2 record, and nearly shocking the reigning champ Seminoles before injuries at quarterback back derailed the season.

I’m sure Gundy and company had no trouble during the offseason getting the 100 or so 18-22 year old alpha males they coach to pay attention and work on getting better with teams like MSU and FSU on the horizon, but a team like the Lions of Southeastern Louisiana? They probably don’t command the same amount of focus from the team.

Deep down all those players know they are going to win that game with minimal effort. Where they underestimate their opponents is that their effort will be absolute! And while upsets in that situation are still very rare, they still happen. Most famously it was Michigan losing to Appalachian State nine years ago, and it almost happened again in Tennessee’s opener this year where they needed overtime to beat the same Appalachian State program (although they moved from FCS to FBS in 2014).

No, these games do no good for anyone. The lower division team benefits financially, sure, but the big boys get an almost guaranteed win at what cost? Another practice against worse competition than scrimmaging yourself? If a team insist on playing them the SEC has the right idea: put them towards the end of the season where they become another bye week, a rest period in the middle of an already rolling season.

Of course I’d rather not see them at all.

With Pittsburgh coming to Stillwater this Saturday, we’ll find out if the Cowboys will be okay. Even as poorly as they played against the Chippewas, they were still ahead by 3 points when the clock hit 0:00. They showed guts and came through when they absolutely had too until circumstances beyond their control took over.

Surely after a disappointing loss and with a real opponent coming to town they’ll be focused. Rudolph won’t throw every pass high for three quarters, offensive coordinator Mike Yurcich won’t have a garbage game plan that is way too cute for its own good (RUN. THE. BALL!), and head coach Mike Gundy will have a better end of the game clock-killing strategy, if one is needed.

I expect a much different Cowboy team to take the field this Saturday in Boone Pickens Stadium than the one that showed up against Central Michigan, and for their sake they’d better hope I’m right. There are no easy games left.