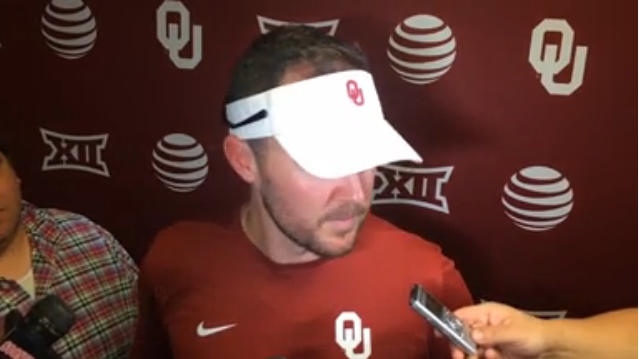 With the Oklahoma Sooners preparing for their second massive game in three weeks, OU offensive coordinator Lincoln Riley has his hands full against the Ohio State Buckeyes.

“They’re as good as anybody,” Riley said. “You know, they don’t give up touchdowns on defense so that’s a pretty good sign. Yeah, they lost some guys, and they have some inexperience, but they have a lot of talent at every position.”

Well, the Ohio State defense does lead the country with seven interceptions, but they’ve come against Bowling Green and Tulsa. This is still a young unit that only returns 3 defensive starters from last season, DE Tyquan Lewis, LB Raekwon McMillan, and CB Gareon Conley. Between both sides of the ball, Ohio State replaced 16 starters from last season. But, it’s pretty important to remember that most of the replacements are 4 or 5-star recruits.

The OU offensive line looked much better in Week 2, but, like Ohio State’s first two games, it was against lesser competition, in Louisiana Monroe.

That being said, Riley clearly has his hands full heading into Saturday night’s monster showdown.

See all of Riley’s comments below.