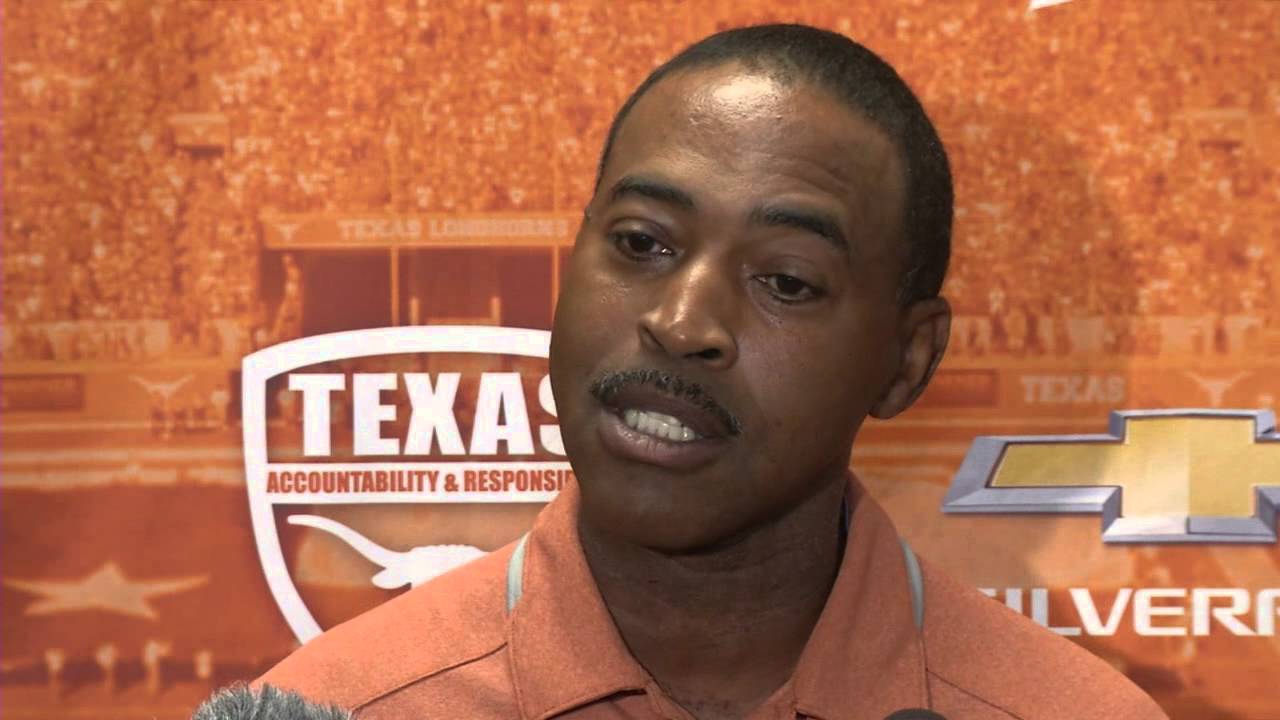 On paper, Vance Bedford is just the kind of guy you’d want on the Longhorns staff; a Beaumont-kid, four-year letterman at Texas, defensive captain, drafted into the NFL, and spent time as a coach on an NFL staff.

But, in Year 3 of the Charlie Strong era, Bedford has not met expectations as the Longhorns defensive coordinator.

Maybe, the more important question is: Where the hell is Vance Beford? The UT DC was once again no where to be found after the game on Saturday night. Cal racked up 507 total yards behind 4 TD’s from QB Davis Webb. There were busted coverages all over the place in Berkeley. Remember when Texas’ secondary wanted to call themselves “DBU”? I’m fine with that acronym, if it stands for ‘Defense Blows U’.

Bedford hasn’t spoken to reporters after games since the 2014 UCLA game. Instead, it was the young men who were left out to dry and answer the questions.

And, when you let the young men answer all the questions, you get answers like this from defensive end Breckyn Hager, “It’s not a talent issue. We’re the most talented team out there. It’s not a scheme issue. It’s an execution issue. We didn’t do what we’re supposed to do.”

Senior cornerback Sheroid Evans was also put in front of a microphone and said, “I don’t want to say we felt helpless. We just didn’t execute. We shot ourselves in the foot. They weren’t doing anything special that we didn’t see on film.”

Once again, it would be nice to hear from the coach. The players are taking the blame, which is fine, but at some point Bedford has to man up and answer these questions being asked.

Whether this is a decision by Charlie Strong, who could be trying to protect Bedford (he was Strong’s defensive coordinator at Louisville), or Bedford’s request, we do not know. But, if I’m Vance Bedford, I’m banging down my boss’s door and demanding I go out and answer these tough questions, rather than the kids.

I respect some of the quotes from the players, including Hager, who had a boneheaded comment we mentioned above, but added later on, “We didn’t prepare like we should have. It’s really the players’ fault. It’s our fault.”

This sounds like a player who trusts Bedford, likes playing for him, and wants to continue playing for him. Bedford has a very extensive and solid resume, coaching defensive backs for the Gators under Urban Meyer, the NFL’s Chicago Bears, and defensive coordinator at Louisville under Strong. I’m not calling for his job, yet. But, at some point, Texas scoring 40+ points should be more than enough, especially against a cast-off Big 12 QB.

And if it’s not enough, the fan base at least deserves to hear why it’s not working from the guy who devised the game plan.

Hell, after all, Bedford is the guy making $800,000 for his services. The least he can do is face the music. I don’t think that’s too much to ask.