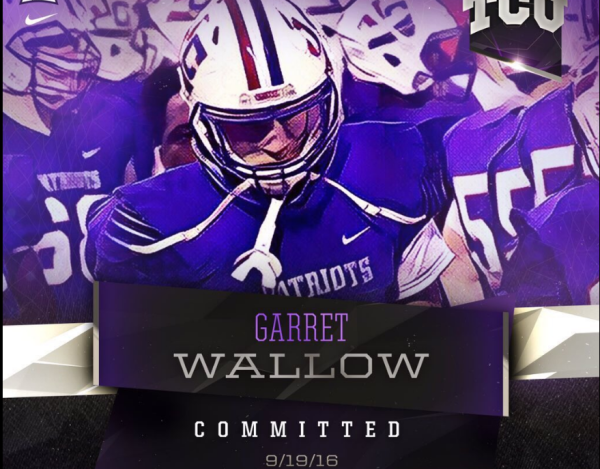 Even though it’s a slow time of year for recruits to commit, TCU added a nice piece in the secondary, getting a verbal commitment from 6’2”, 200 lb strong safety Garret Wallow.

Wallow is a three-star safety out of John Curtis in New Orleans and is the 37th ranked player in Louisiana.

Wallow chose TCU over 20 other offers, including major programs such as Arizona, Arkansas, Michigan, and Nebraska. As for his highlight reel, take a look below.

With what we’ve seen the first three weeks out of this TCU secondary, having a big body in the back end of the unit would be a welcomed sight!