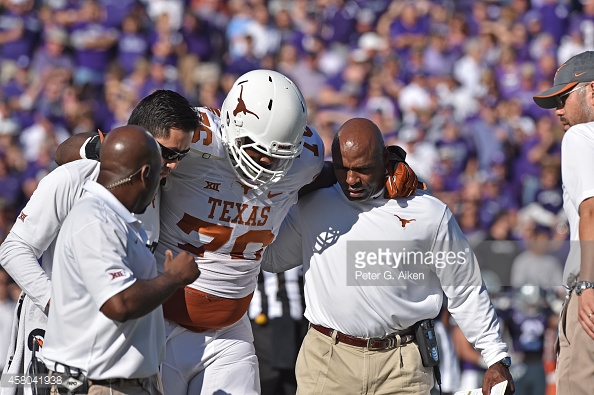 This isn’t the kind of bye-week news that Texas fans want to hear.

Austin police confirmed to KVUE-TV in Austin, that University of Texas senior football player Kent Perkins was arrested early Friday morning at 18th Street and San Antonio Street at 2:52 a.m., in Downtown Austin, and charged with driving while intoxicated.

Perkins has been a staple for the Longhorns offensive line, starting 26 of the 31 career games in which he’s appeared, including two of three UT games this season at right guard.

Head Coach Charlie Strong released a statement on Friday morning about the arrest:

The Longhorns are off this week before returning to action to open Big 12 play next week against Oklahoma State. UT has not released a status on Perkins’ availability for that game.