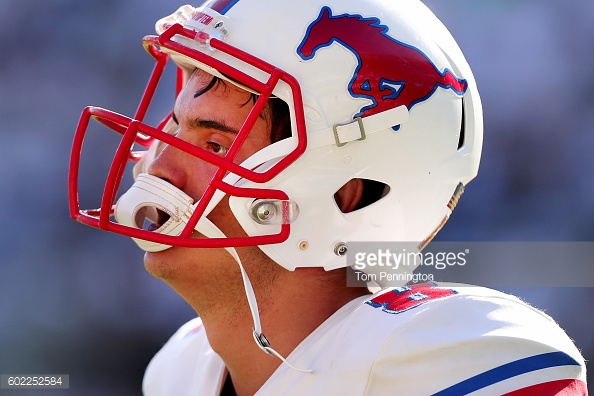 This week was forgettable for the expansion candidates. While many took care of business, the only true winner has already been told they are no longer being considered. So why are they a winner? You’ll have to read below. Meanwhile, some teams seem to be wasting our time by losing to FCS schools. Perhaps, the school which could bring the most to the conference is 1-3 and other top contenders for expansion are underwhelmingly performing or played a nobody this week. In fact, one of the expansion favorites could go under both of those categories in its yawner of a rivalry game.

The score doesn’t tell the story. Boise State shot out to a 31-7 lead by halftime. The Broncos are 2-0 against the Pac 12 this season. If Houston slips up, Boise State will be in a New Years Six Bowl. You saw it first here on Heartland College Sports. Mark it down. Boise State is making every point for the Big 12 to go the route of football only schools. They were told they would no longer be considered, but if the Big 12 decides to have football only members, then Boise State might be back into the running.

The Cougars torched yet another opponent this week. Granted, it was a Texas State team with a new head coach. Houston is a team on a mission. They’ve defeated Oklahoma. On the road, they humiliated fellow Big 12 expansion leader Cincinnati. A 1-2 Sooners team keeps Houston out of the winners circle this week. The goal Thursdayagainst UConn: show the entire nation Houston actually has a fan base that will sell out its stadium and provide a hostile environment.

Tommy Tuberville’s squad trailed 20-17 entering the fourth quarter before the Bearcats eeked a win over “rival” Miami. In the postgame presser, quarterback Ross Trail admitted he had no clue who the Redhawks were and why the Bearcats have a rivalry with them before acknowledging that it’s “a passionate rivalry”. The Battle for the Victory Bell is one of the major negatives about Cincinnati. A rivalry with Ohio State would be much more appealing. However, the Buckeyes hold a 14-2 series lead over Cincinnati and the Bearcats haven’t upset the Buckeyes since 1896 To say the least, the Bearcats are a top dog simply for the West Virginia factor. Cincinnati has completely underperformed this year. They’ll have to improve fast with two fellow expansion candidates salivating to take down one of the favorites in the invitation chase.

Memphis will have a boatload of confidence heading into their rivalry game against Ole Miss. The Tigers placed 35 points on the board in the first quarter alone. They’ll score major points in the eyes of the Big 12 if they are able to repeat last year’s 37-24 victory over the Rebels.

Quietly halfway to bowl eligibility, Air Force could very well be 9-0 heading into a matchup against Colorado State. They’ll have to win the Commander-In-Chief Trophy first and that starts this week against Navy.

This team could easily be 4-0. Their two losses came within one score each. It’s been tough for this program to rebuild from Hurricane Katrina, but the Green Wave could be slowly rising out of the ashes. Tulane is the original darling of undefeated non-BCS schools. In 1998, Tommy Bowden coached Tulane to an 11-0 record. It has recently opened up its own campus stadium after moving out of the Mercedes-Benz Superdome. This once successful program seems to be rising out of the ashes.

The Golden Knights could be a bowl team. That’s about it. UCF has demolished the teams it is supposed to beat, and have lost to two Power Five conference teams. The Golden Knights held a 32-7 lead at halftime. Starting next Saturday, UCF will face a schedule of Big 12 expansion candidates. Seven of their last eight opponents tossed their hat into the ring. We’re still wondering why Temple did and Tulsa did not, but we thank the Golden Hurricanes for not wasting our time like the next team you’ll read about is.

Temple now has two victories. One of those is against an FCS team. The other is against a program which was established in 2013. A bowl game is not out of the question, but Temple is extremely unlikely to be invited into the Big 12 Conference.

If UConn believes it can sneak into the Big 12 Conference on basketball alone, it will be sorely disappointed. This is, by far, the best basketball school in the running for expansion. However, its football team is failing the entire bid. Connecticut was able to come from behind to catch Syracuse, but the upstate New York program squeaked past the Huskies. This is a golden opportunity squandered against a team who has already lost against South Florida. The ultimate opportunity will be this Thursday when the Huskies will travel to to TDECU Stadium and play the Cougars on national television. A win over Houston will provide UConn with the upperhand over Houston in just about every category the Big 12 Conference is looking at except travel time, which could be negated by the West Virginia factor.

The Bulls were no match for an angry Florida State team. This is just a clear opportunity missed as South Florida could have used a victory over a team the Big 12 once wanted to bring into the conference. They must now regroup and score a major road victory over expansion leader Cincinnati in one week

The ponies are now 0-2 against Big 12 squads. In those two games, they’ve been outscored 73-13. Not a good look. Unlike many of the teams being considered, SMU has a true fanbase. Don’t believe me? Watch the documentary Pony Exce$$. Seeing SMU back to prominence would be a lot of fun. If Chad Morris takes this team to a bowl game, recruiting will pick up easily. The ponies have two conference road trips before hosting Houston. This week, they start off with a winnable game at Temple.

The Rams had a case of too little, too late against the Golden Gophers. This would have been a marquee victory, but now Colorado State is 0-2 against Power Five foes. The Denver market would be nice for the Big 12 to have back, but the Rams are not making it easy to have a case. They’ll start conference play against Wyoming Saturday.

This team is egregious. North Texas has one of the youngest coaching staffs in the FBS and earned just one victory in 2015. This was a home game for the Owls, and they still couldn’t pick up the victory. It is the Mean Green’s first road victory since Oct. 5, 2013 when North Texas defeated Tulane in the Mercedes-Benz Superdome. We must ask the Big 12 Conference exactly how important academics are. How much are they willing to sacrifice to raise their academic profile? Owls fans have the Oct. 22 game against Prairie View A&M circled on their calendar. It may be their lone win.

Western Illinois is an FCS team not named North Dakota State, who lost their head coach to a conference rival. Face palm and move along.

At least Western Illinois made the playoffs last year…..

The Cougars don’t really deserve to be in the loser’s slot, but we have no choice. They’ve faced four Power Five conference teams, three on the road. In each of these four games, they’ve competed. Their losses have come at a total of seven points. This is with a new head coach. If BYU was undefeated, Houston would not be the frontrunner. Give the Cougars credit. They traveled two time zones, went into a hostile environment and still nearly came out on top. BYU still has two Power Five teams remaining on its schedule, but it will take on Toledo this Friday.

What the Big 12 missed out on

Reality has officially hit the Pirates. Virginia Tech was up 38-0 by halftime and coasted from there. One week ago, East Carolina nearly scored its second victory over a Power Five team. Now it’ll be settling for just one out of a potential of three before it enters conference play. They will start off against two Big 12 expansion candidates: UCF and South Florida.

Idaho is a pitiful team and the Vandals are being cut from the Sun Belt Conference. They will drop to the FCS level. UNLV lost to one of the most depressing programs in college football. Sorry, Tony Sanchez. This isn’t the high school level anymore.

The Aztecs will face South Alabama on the road to start their October slate.

HCS Game of the Week Preview: #16 Baylor vs. Oklahoma State
WVU beats BYU: The good, bad, and unexpected from FedExField
To Top