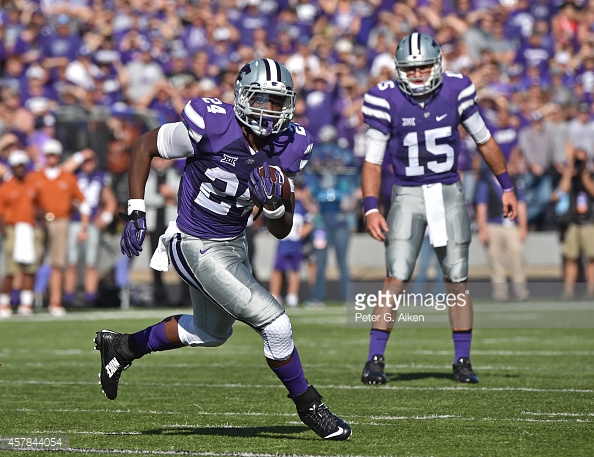 Charles Jones made a mistake that cost him mightily in the box score.

The senior running back dropped the ball right after he scored the game’s first touchdown on a one-yard run. He then struck a celebratory pose, crossing his arms and nodded his head.

But, not only did Jones break Bill Snyder’s rule of handing the ball to an official after touchdowns, but Jones almost had a major fiasco on his hands as the referees debated over whether the play needed to be reviewed for dropping the ball before crossing the goal line.

Luckily, the officials did not review the play, causing him more embarrassment, but it wasn’t over for Jones. He was benched for the rest of the game, despite having five carries for 23 yards and one catch for 16 yards.

“You score, you give the ball to the official and then you go celebrate with your teammates,” Snyder said. “There are consequences if you don’t.”

What likely made Synder even more frustrated was the issues there have been across college football with players dropping the ball before crossing the goal line, and he even went over it recently, “The last time we met as a team I went back over (touchdown etiquette) and was explicit with the entire team. Charles has since issued an apology to his teammates, but that is part of the discipline that goes along with it.”