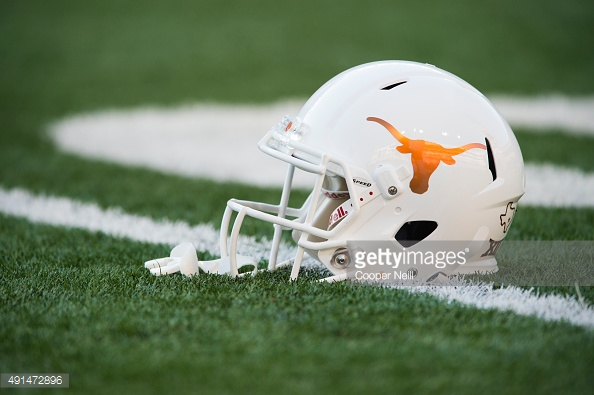 For the Longhorns to start 1-0 in Big 12 play on Saturday, they’ll have to do it without a key piece.

It’s a big blow for the offensive line as Perkins has started 26 games for the Longhorns, including two this season at right guard. He was arrested for driving while intoxicated early Friday morning.

Strong said Perkins will also have to go through mandatory counseling and will have to perform community service.

The obvious answer to fill in for Perkins is sophomore Alex Anderson, who did just that earlier this season in a UT 41-7 win over UTEP. Perkins missed that game with a knee injury.

Here is the mug shot of Texas senior guard Kent Perkins after his DWI arrest pic.twitter.com/1ola1ATGPE

Credit to Perkins who faced the media on Monday and apologized.

“I want to apologize to my team, my coaches, my family,” Perkins said. “That’s not me, not my character, not what I’m about. I know I disappointed a lot of people.”

After falling asleep in a Raising Cane’s drive-through line before crashing his Dodge Charger and then falling asleep once again, Perkins blew a .178.

Perkins went on to say, “I’m grateful I didn’t cause injury to somebody else. I’m thankful to God nothing physically happened to me or anybody else.”