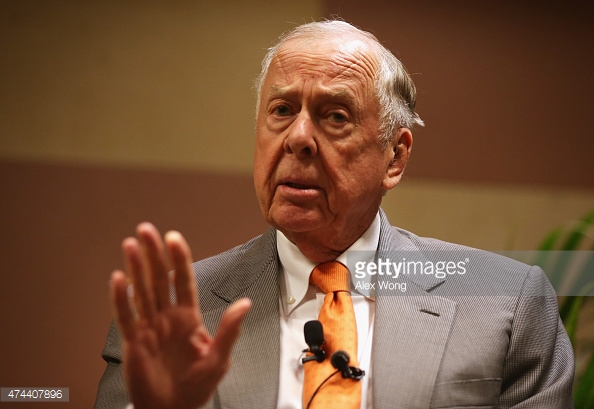 According to Kirk Bohls of the Austin American-Statesman, Pickens said he likes the current 10-team Big 12 set up, but if  the league does grow, he prefers adding Houston and SMU. Pickens then admitted those additions are “probably unlikely”. Hey, for the record, maybe T. Boone spent some time on Heartland College Sports and read our piece from late July where we vouched for the addition of SMU and Houston? Also, “probably unlikely”.

Then, there are issues and discussions coming out of Norman, where OU President David Boren has does a 180-degree turn on expansion, going from favoring it, to now being skeptical. So, when the topic of Boren’s reversal came up, Pickens told Bohls, “maybe it’s time for David to retire.” Ouch.

But, that wasn’t all from Pickens on his critiques of Boren. The mega-booster added, “I’ve known David forever. He likes to talk. He gets a little bit confused sometimes.”

Now, there were outlets who have been reporting this week that Boren has turned against expansion, but the Oklahoma President has clarified saying, “Oklahoma has not yet taken a position on expansion.”

Either way … think Bedlam will have a little more juice this year? You bet.