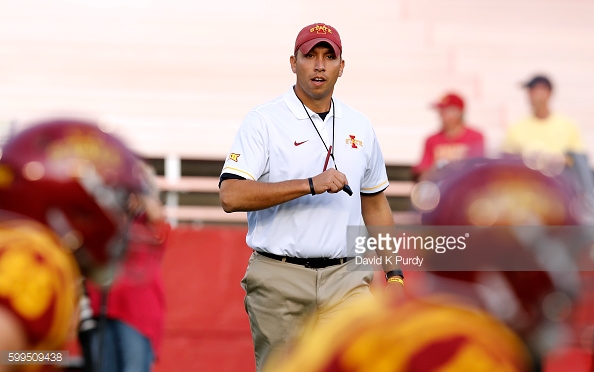 When it comes to coaching salaries in college sports, they continue to skyrocket. But, they’ve really taken a nice leap in Ames, Iowa.

According to the Des Moines Register, Iowa State’s assistants are no longer the lowest paid in the Big 12.

So, that number puts the Cyclones ahead of three other Big 12 programs: Kansas, Texas Tech, and yes… Texas. Wow. I think it’s more shocking UT is so low on this list, despite head coach Charlie Strong making $5+ million per season.

Here is a look at salaries across the Big 12.

Of course, with Baylor and TCU being private schools, they do not need to report these numbers.

Along with Texas being so low on this list, I am stunned by how highly ranked Kansas State is.