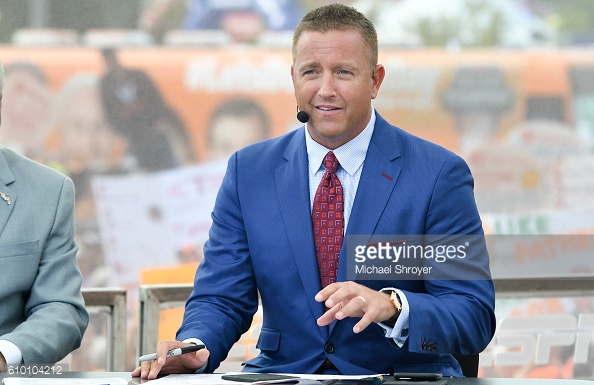 Kirk Herbstreit has spent over two decades at ESPN. The large majority of the time, he’s been a solid, company man. Well, he went off script on Saturday morning during College GameDay from Texas A&M.

Herbstreit said Charlie Strong’s getting fired as head coach of the Longhorns would be getting “released from the cesspool of being in Austin, Texas.” Herbstreit added, “who would want the job at Texas? Dealing with the boosters, the presidents, the AD’s, the insensitive attitudes and the way they react to chat rooms and talk shows.”

Herbstreit, who was clearly nervous while delivering this rant (or seemed so to me), went on to say Strong was “set up to fail” at Texas, and called out megabooster Red McCombs, who criticized Charlie Strong right after he was hired. See Herbstreit’s comments in their entirety below.