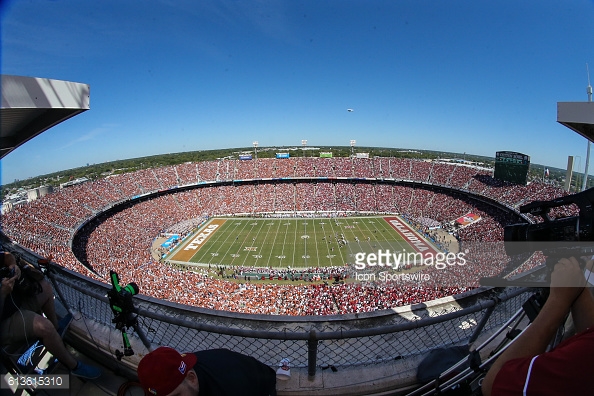 We knew that moving the Red River Rivalry from ABC to Fox Sports 1 would hurt the ratings. But, the question was “how much?”. Apparently we have our answer.

@chrisgb00@FS1 Not good, according to the overnights. 2.0 is the lowest on record for the rivalry. Down 46% from last year on ABC.

Oklahoma won the game 45-40 on Saturday. Also not helping the cause is that both teams are struggling out of the gate this season.

The rivalry has spent most of the past two decades on ABC, but Fox/FS1 shares the conference’s top-tier rights, and had the first pick for last weekend’s games. So, to help the cable network, they decided to put the game on FS1.

There was good news for Fox Sports 1, as Saturday’s game was a strong performer for the network. No previous game on the network this season has had a 1.0 final rating.