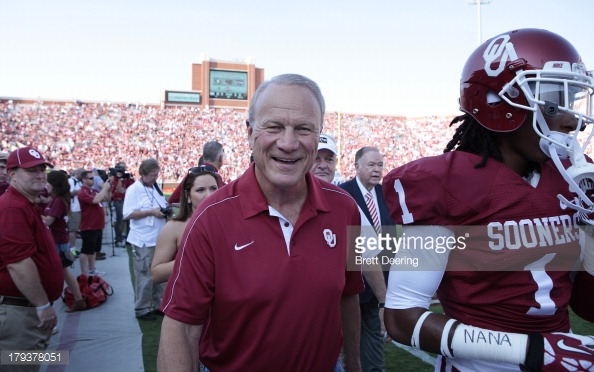 Barry Switzer is a living example of the old saying, “age is just a number.” He may be pushing 80 years old (just turned 79 last week), but he still likes a good “dick joke.”

This was The Oklahoman’s Berry Tramel’s article that Switzer was referring to. Not sure if they switched the headline, as it now reads “Quarterback long balls are all the rage in the Big 12.”

Maybe some were offended by this? Switzer made sure to clarify.

Most responded saying they “loved Barry” or with something else funny or sarcastic. And some decided to get into the spirit of today’s political campaign as well.