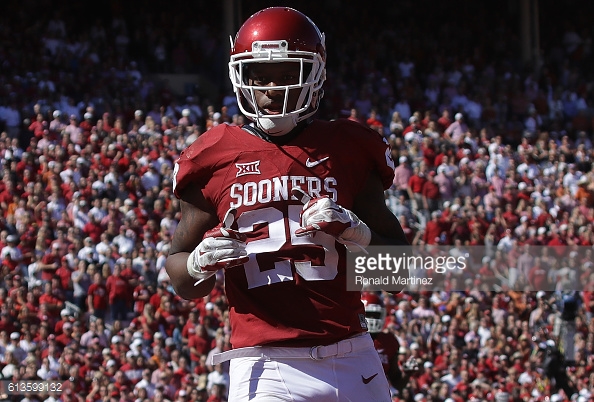 On Thursday, a federal judge in San Francisco agreed to move the lawsuit against Oklahoma running back Joe Mixon to Oklahoma City.

Amelia Molitor is suing Joe Mixon for punching her at the Pickleman’s Cafe in Norman in 2014.

She filed the lawsuit in July in California, where Mixon is from. Molitor’s camp did not want to move the case to Oklahoma, saying she could not get a fair jury in Oklahoma City federal court because of “the status and importance placed on the Oklahoma football program by a large portion of the Oklahoma public.” On the other side, Mixon’s attorneys brought up the fact that potential jurors could be fans of OU’s rival, Oklahoma State University.

After the ruling, one of Molitor’s attorneys, Ben Baker, said “We now look forward to proceeding with the litigation back here in Oklahoma.”

Molitor suffered fractured bones in her face from the incident. Mixon later said, through an attorney, that he acted in self-defense.

Mixon was suspended from the football team for the 2014 season and charged with a misdemeanor. Under a plea deal, he was put on probation for a year and required to complete 100 hours of community service and undergo cognitive behavior counseling.

Mixon already has asked that the lawsuit against him be dismissed.

Molitor also filed a lawsuit in July against Pickleman’s Gourmet Cafe, where she was injured.