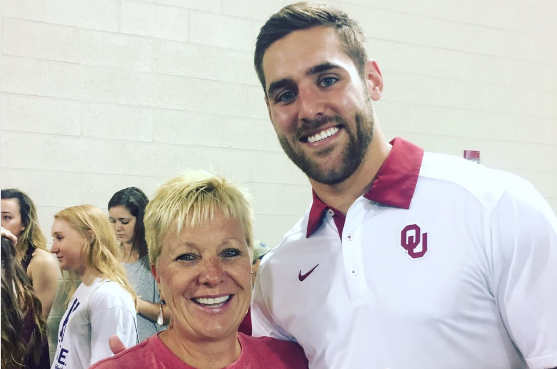 It’s not unusual to see former college players show up to watch their former teammates play. But, it is unusual when that former player is still playing college football.

Texas A&M quarterback Trevor Knight was back on-campus to support his former teammates as they took on Kansas State on Saturday.

If you haven’t seen or heard — Trevor Knight is back in Norman in #Sooners gear. pic.twitter.com/osx1JQ1jq5

It’s great to see Knight back in town and showing support to the Sooners. It’s equally as cool of Texas A&M coach Kevin Sumlin to allow Knight to take some time during his bye week to visit his former pals. But, I’m sure if the Aggies were still in the Big 12, this would not have happened!