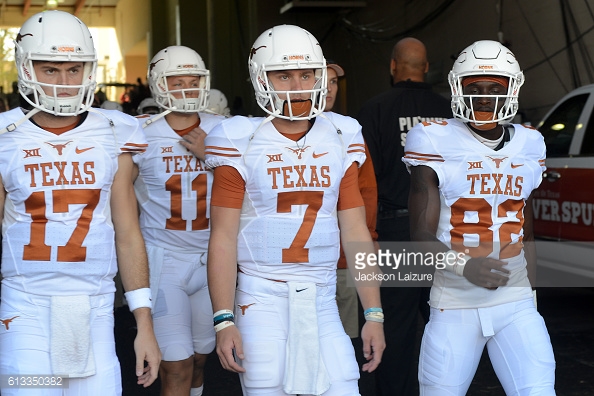 Business Insider released a study on Wednesday on how much “college football players might be worth at the top programs if they were able to play in a free market system and receive compensation in a manner similar to that of the NFL.”

At the top of the list, by a wide margin, was players of the Texas Longhorns.

The average University of Texas football player is now worth more than $670,000 per year https://t.co/pH61wlkVvO pic.twitter.com/1m6OnPEno4

The calculation was made by taking the revenue, in Texas’ case about $121 million, multiplying it by .47 (47% is the minimum NFL players receive in the most recent Collective Bargaining Agreement), which comes out to about $57 million. From there you divide by the number of players on the UT roster to reach the $670,000 number.

According to this study, Texas players are worth more than $130,000 each than the second-ranked team, Alabama.

The Oklahoma Sooners are the only other Big 12 team ranked in the top 10, averaging about $435,000 per player.

Are we going to have to debate paying players again? Sure, why not. Let us know your stance in the comments below!