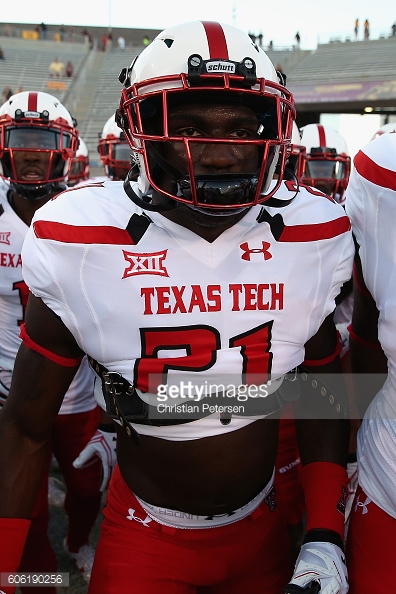 The Texas Tech Red Raiders will be losing depth at running back next season. On Wednesday, Corey Dauphine announced on twitter his intentions to transfer.

It’s not clear where Dauphine will go. But, he was a 4-star recruit out of high school, with offers from Tennessee, Michigan, and Florida, along with Baylor and Texas A&M.

Dauphine had only two carries this season, both in the opener against Stephen F. Austin. He did rip off a 27-yard TD run in that game. Those were the only two carries of the redshirt freshman’s career.

Texas Tech is 3-3 on the season and has lost two straight games. It doesn’t get any easier from here for Kliff Kingsbury’s squad with a Oklahoma and TCU coming up.