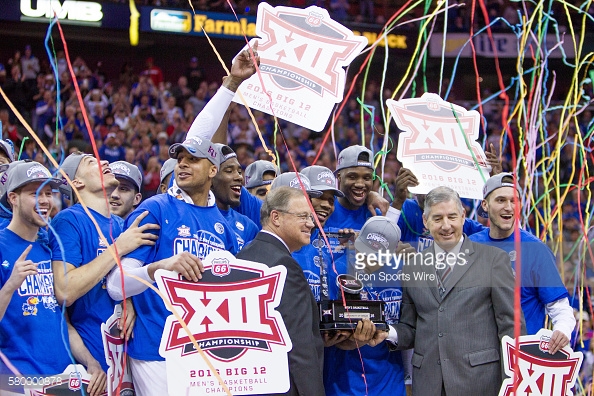 With college hoops just weeks away from starting, the Coaches Poll was released on Thursday. Kansas is second in the poll, its highest ranking in the preseason since debuting at No. 1 before the 2009-10 season. It also marks the sixth time that KU has been preseason No. 2 or higher and the 11th time in the Self era that KU was ranked No. 7 or higher in the preseason poll, including each of the last five seasons.

Two other Big 12 teams are ranked. West Virginia comes in at number 18. The Mountaineers lost three key players after the 2015-2016 season, as Devin Williams left for the NBA and Jonathan Holton and Jaysean Paige graduated. But, WVU does return starters such as Jevon Carter, Daxter Miles, Jr. and Esa Ahmad.

Then, there are the Texas Longhorns coming in at number 22. This marks the 13th time in the last 16 years that the Longhorns have been ranked in the coaches’ preseason poll.

Here are the full rankings for the Preseason Coaches Poll.

HCS midseason Big 12 awards
Texas did something vs. Kansas State no team has done this season
To Top