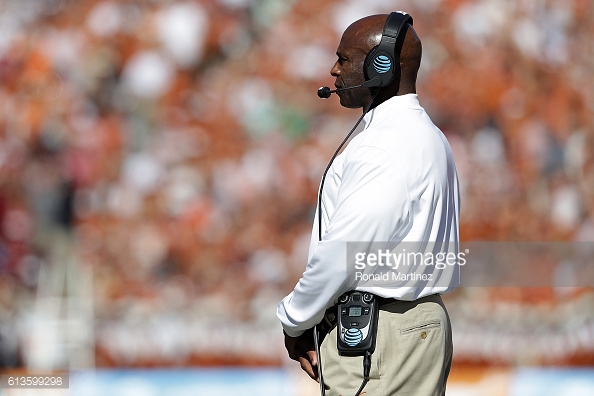 Sometimes we say things we’d like to take back. That’s definitely the case for ESPN’s Adnan Virk who, after Texas lost to Kansas State on Saturday, had this to say.

“The noose is getting awfully tight around Charlie Strong’s neck”

As a broadcaster myself, I understand sometimes we say stupid things that slip and we immediately regret. There’s no doubt that’s how Virk feels right now. As PC as ESPN has become, it’ll be interesting to see if there will be any repercussions.

Update: Virk did release an apology on Twitter and rightfully does not look like he will suffer any kind of suspension.

I used a poor choice of words during a discussion about Coach Strong’s performance. It was inappropriate and ill-advised. My apologies

Frankly, I don’t think there should be. That’s been said about coaches several times as a usual cliche. It just so happens Strong is an African American.

Dumb comment, but no malcontent. Let’s all move on.