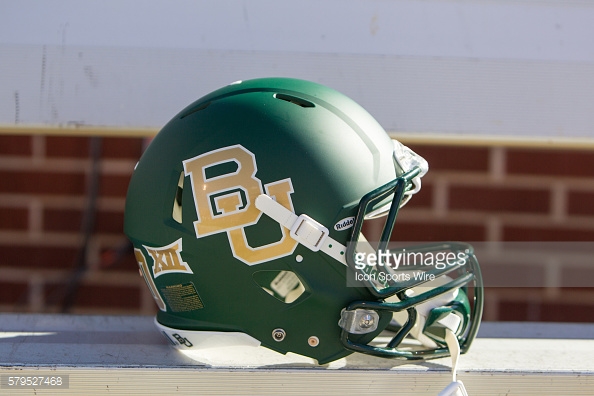 In August of 2015, Baylor defensive end Sam Ukwuachu was found guilty by a McLennan County, Texas jury of sexually assaulting a then-Baylor soccer player, Jane Doe, in 2013. Mr. Ukwuachu admitted that a sexual encounter occurred, but contended that it was consensual. Jane Doe said that she did not consent to the sexual encounter. The trial lasted three days and the jury found Mr. Ukwuachu guilty and imposed an eight-year prison sentence. However, the jury recommended that the sentence be fully probated such that Mr. Ukwuachu spend no time in jail. Mr. Ukwuachu was placed on probation for ten years and sentenced him to 180 days in county jail as a condition of his probation.

Since then, other allegations, cases, and convictions of sexual abuse have spread around Baylor University, with some involving former Baylor football players. Ultimately, this cost head football coach Art Briles his job, along with AD Ian McCaw and president Ken Starr.

But, when it comes to the Sam Ukwuachu conviction, was it right?

The case is currently under appeal and Heartland College Sports has received some exclusive conversations and documents from an anonymous source regarding where things stand.

A big part of this case centers around Peni Tagive, Sam’s roommate who said he was at home at the time of the alleged rape. The alleged victim testified that she screamed loudly enough during the incident that it would have woken Tagive up, if he was at home. So the prosecutors knew they had to refute the testimony that he was at home or it would seriously damage their case. They got his cell phone records during the trial and had another person map out the calls he made during the relevant time period using the longitude and latitude coordinates for the cell phone towers that routed the calls.

Here’s where the cell phone angle in this case takes a turn: the time stamps for the calls were in the UTC time zone which is 5 hours ahead of central time. So the map was not accurate. When their error was pointed out, they still used the records to impeach Tagive about where he said he was at 1:00 a.m. However, the alleged rape occurred at around 2:30 a.m. Tagive made a call at 2:06 a.m., but the prosecutors never informed the jury about where that call was made from. This is because they knew this call placed him very close to his apartment, just like he testified.

Here is a record of Tagive’s phone records from the night of the alleged rape.

But, as you can see, when factoring in the time difference between UTC and CT, there are several calls made around 1 a.m. and 2 a.m. CT. According to our source, the prosecutors never informed the jury about where that call was made from. Why? Well, could it be because it would prove Tagive was in or near his apartment? Possibly. Here is a Google Earth map showing the location of the two towers that routed Tagive’s 2:06 a.m. call and their proximity to his house. The black boxed area is the area Tagive had to be in when he made the 2:06 a.m. call.

Also, jurors interviewed after the trial confirmed that the phone records were important to their decision and may have influenced the outcome of the trial. Here are some excerpts from those conversations (which we have audio recordings of).

Q: And the phone records were never admitted into evidence. They were only referred to by the prosecutor in his questions. Was it the prosecutor’s questions that said “we’ve got the phone records and this is what they show” was that something that was important to you guys?
Juror 1: Yes.
Q: Would you say that it was y’all’s impression that the phone records showed that he wasn’t at home when he said he was?
Juror 1: Yeah, oh yeah.
Q: And that he wasn’t at home at the actual time of the rape?
Juror 1: Yes.
Q: That’s what I thought.
Juror 1: For me for sure. Because if they could have proved he was there, then I would have said, yeah that would have made a big difference, because if she’s yelling and screaming that she didn’t want to be there, he is going to wake up.
Q: If the records would have been submitted to you and showed that he was, that the tower that his 2:00 am call bounced off of was close to his house, would that have made a difference to you in the verdict that you reached?
Juror 1: Yeah, that would have made me fight a lot harder for there’s nothing there.

And another juror said:

Q: Was it your impression that the phone records, the way the prosecutor used them showed that the roommate was not at home at the time of the incident?
Juror 2: It appeared that way. I think it made him look like a liar.
Q: If you would have would have gotten evidence that the phone records were consistent with him being at home, would that have changed your verdict?
Juror 2: That’s a good possibility, yeah.

As for where the Ukwuachu case stands, it is currently on appeal in the 10th Court of Appeals in Waco, Texas. The reality is appeals of criminal convictions are very difficult to overturn. Depending on the outcome, Ukwuachu can then appeal to the Texas Court of Criminal Appeals which is Texas’ highest criminal court.

We are not sitting here and saying Sam Ukwuachu is a completely innocent man. We don’t know for certain. What we do know is there is evidence that the prosecution butchered the case from the start and their inaccuracies clearly had an affect on the jurors. Ukwuachu deserves a retrial based on this evidence alone.

Then, there’s the bigger question of how this outcome affected Baylor’s image and the fallout from there. There is no doubt that this case helped spark the Baylor sex scandal. This verdict is what prompted the Pepper Hamilton investigation in response to the media lynch mob. Had Ukwuachu not been convicted, who knows what happens? Maybe Art Briles is still the head coach.

At the same time, there were problems with how Baylor University handled sexual assault cases that did need to be fixed. Did this verdict ultimately bring Baylor down? Probably not. But, had the trial of Sam Ukwuachu been handled in the manner it should have been, who knows how Baylor’s image and the windfall that occurred would be different today. If nothing else, Sam Ukwuachu might at least be able to call himself an innocent man.

Jayhawks slow build continues, but offense lagging far behind defense
Who are the highest paid coaches in the Big 12?
To Top