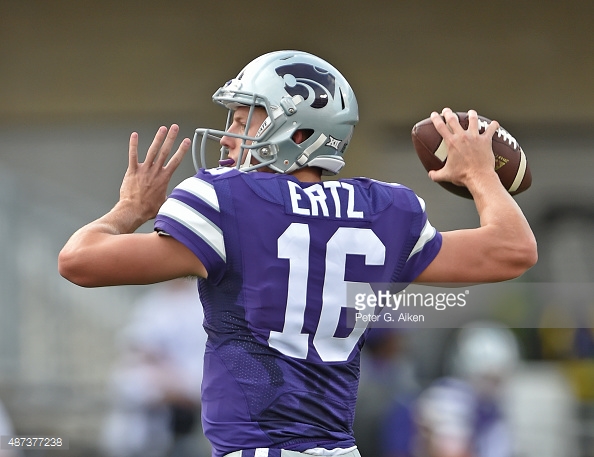 This does start to make sense of Bill Snyder’s postgame press conference after Saturday’s loss to Oklahoma State where the head coach said, “I thought Jesse played well. He’s had some family issues that could have been very distracting but his tough-mindedness overcame that.”

Ertz’s sister, Lydia Gatton, is in an Iowa hospital being treated for a brain tumor. She suffered a seizure last Wednesday and during treatment a tumor was discovered in her frontal lobe, according to a post on a gofundme.com account.

Our best wishes go out to Ertz, his sister, and his family during this time.