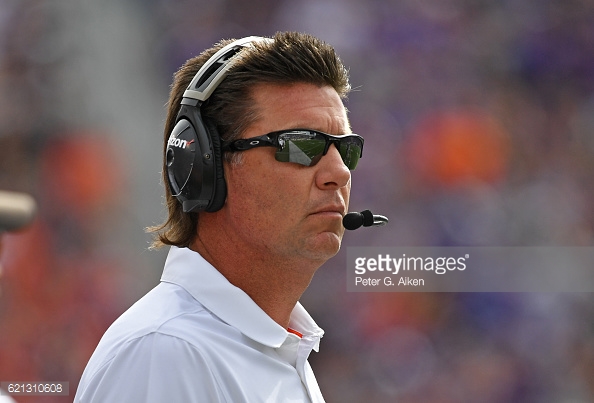 Just when you thought the Gundy mullet was on it’s way out, his son let the anti-mullet crowd down! Gundy apparently had a wager with his son where he was willing to cut his mullet, but only if his son reached a certain mark on his grade.

Mike Gundy said if his son got a 91 or above on a recent test, he would think about cutting the mullet. His son got an 88.

Now, for those of us that are fans of the mullet, this is the greatest B+ in the history of academics.

Gundy’s son, who attends the University of Arkansas, shot back, possibly insinuating it was a long shot he’d get above a 90 on his exam.

He obviously wants to keep the mullet… https://t.co/uodSRKNgHl

The mullet continues to be the rock star of the Oklahoma State season, making a strong impression recently when the Pokes went ahead with the Mannequin Challenge.

Big 12 college football picks against the spread: Week 11
Chatting with Oklahoma State QB Nyc Burns on his decision to transfer
To Top