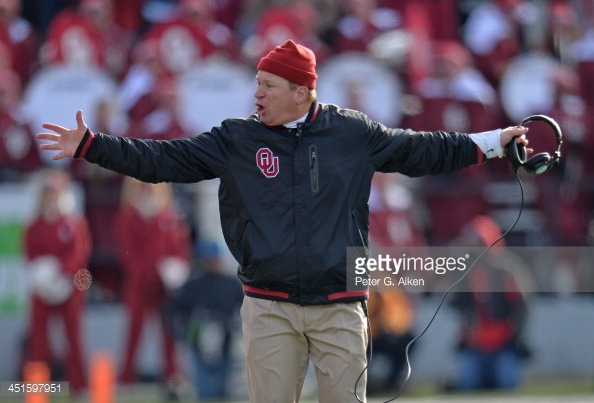 It came as a bit of a shocker late on Tuesday when it was announced that Oklahoma defensive tackle Charles Walker would leave the team to prepare for the 2017 NFL Draft.

Walker sent out this tweet hours before his decision, essentially implying that this is about his future and his family, rather than about quitting on his team or being selfish.

Perhaps sign from Charles Walker? His tweet less than 24 hours ago about choices make as parent: #Soonerspic.twitter.com/RTe0yxE2lL

The defensive tackle is the father to a two-year-old daughter down in Garland, Texas, who he visits quite often.

Walker has a history of head injuries, suffering his second concussion in less than a year during Oklahoma’s 52-49 win at TCU on Oct. 1. Walker has not played since. He was diagnosed with his first concussion before the Orange Bowl against Clemson. Also, Walker missed five games in 2014 with a knee injury.

Defensive coordinator Mike Stoops had some harsh words for Walker, saying, “Quitting on your teammates is hard to take, as a coach. That’s everything we stand for — our commitment to one another and, for whatever reason, that wasn’t there for him. He thought this was a better avenue so you would have to ask him for those (answers).”

Walker is 6’2” and 304 pounds, and was off to a solid start before the concussion against TCU. He made seven tackles, two for losses, and four pass breakups in four games. Walker really burst onto the scene in 2015, making 12 starts and recording 10 tackles for loss, along with six sacks.

The latest projections from Walter Football, say Walker could go anywhere from the 1st to 3rd rounds in the 2017 NFL Draft. But, the last update came in October. Considering he’s going to have missed most of the season and will be red-flagged with a history of head injuries, my guess is he falls to a mid-round selection.

While I would typically agree with Mike Stoops on this scenario, I am very understanding of Walker deciding to sit out the rest of the season and prepare for the NFL Draft. One more concussion and his career might be over. Instead, he can at least lock himself into guaranteed NFL money, and if another concussion happens, at least he was able to cash in on some level.

It’s easy for Mike Stoops to sit there on his high horse as one of the highest-paid assistants in the country for a defensive unit that pretty much blows. Sorry, Mikey, you’re wrong on this one.