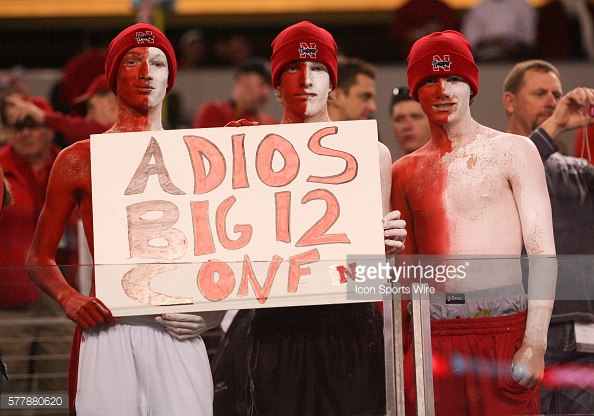 For the second time in three seasons, since the advent of the College Football Playoff, the champion of the Big 12 conference is very likely to be left out of the festivities. For the second time, falling short will likely come down to the lack of a Big 12 championship game for the top two finishers. Fortunately, the second time will be the last time for this excuse.

In 2015, the NCAA removed its rule on conference championship game requirements, opening the door for any conference, regardless of size, to hold a title game. After that happened, the Big 12 unanimously voted to institute a title game beginning in 2017, bringing it back for the first time since 2010.

This change was a direct result of what happened to the Big 12 in 2014, when both TCU and Baylor finished near the top of the country. A lack of an official title for either squad (with the hopes of sneaking both into the four-team playoff) ended up leaving both on the outside looking in. If the two schools had played each other, the winner surely would have been placed in the playoff.

A similar situation is emerging in 2016, involving Oklahoma, Oklahoma State and West Virginia. The three schools have two combined conference losses and just five overall losses between them, yet none of the teams ranks even among the top eight teams in the country according to the latest playoff rankings.

There are four different Big Ten schools ranked ahead of everyone in the Big 12. This is a huge issue, especially since Oklahoma, OSU and West Virginia play each other these final two weeks of the season. The Cowboys have already beaten the Mountaineers and play the Sooners the final game of the regular season. The Sooners and Mountaineers play this weekend.

The absolute worst-case scenario for the conference would be a tie or *shudder* a three-way tie atop the standings when all is said and done. That would mean the conference’s best competitor, Oklahoma, loses once more, pushing it out of the national conversation. Even if the Sooners win the Big 12 outright, though, and only one team remains standing, so to speak, there will be no title game bump to push it up the rankings. That would mean Oklahoma’s ceiling is essentially sixth in the country. It would seem that the Big 12 has a ceiling on how high it could rise.

As team’s play each other above, they will drop out, but there are still some big games left on the schedule. The issue the Big 12 has is that a number of these teams have already played each other, and OU still ranks behind them. Wisconsin has already lost to two different teams ahead of it in the rankings. Penn State and Louisville have each lost to one.

The scenario in which the Big 12 champion would rise into the top four, involving a Washington collapse, multiple Alabama losses, and an ACC championship for Virginia Tech, is so unlikely, it’s hardly worth discussing. But, let’s see what happens in this Saturday … every Big 12 fan: root for chaos!

Big 12 Game of the Week preview: #14 West Virginia vs. #9 Oklahoma
If Texas Tech fires Kliff Kingsbury, Kirby Hocutt must go too
To Top