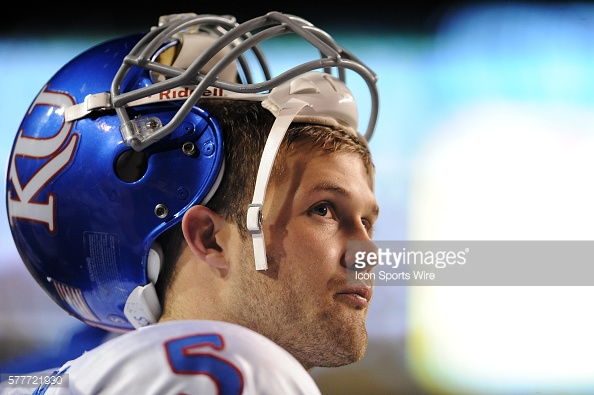 Lost in the mayhem of the Jayhawks 24-21 overtime win against Texas, the first win for Kansas over the Longhorns since 1938, was a promise made by a former quarterback. Todd Reesing, who led the Jayhawks to an Orange Bowl nearly 10 years ago, made a promise at halftime of the Texas game on the KU radio broadcast:

Naturally, there were many Jayhawks fans looking for Reesing in the Lawrence area last night.

@ Todd Reesing, where you at?

Unfortunately, Reesing does not have Twitter and is no where to be found. I would expect he is somewhere in hiding… and if he is around the Lawrence area, we are asking for your leads so we can track him down and get our loyal KU fans and followers the free drinks they so rightly deserve! Be a man, Todd! Time to pay up to all the thirsty Kansas fans!

Interview: Mark Mangino: I would be willing to coach again
Big 12 college football picks against the spread: Week 13
To Top