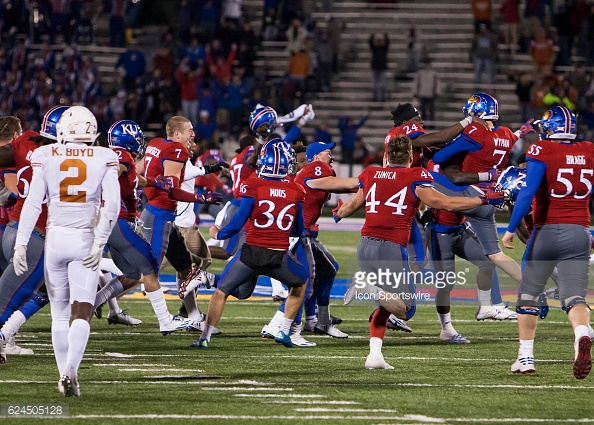 Anytime something insane happens in sports (or life/politics for that matter), the response on Twitter is sure to be gold. Here are some of the highlights I found on Twitter following Texas’ loss to Kansas on Saturday.

It’s been 7 hours since #Texas football lost to Kansas.

Oh my God guys. Kansas will defeat Texas in basketball. And they get to do the “JUST LIKE FOOTBALL” chant.

Every time Kansas has beaten Texas over the last 100 years, Texas A&M has won the National Championship the following year. pic.twitter.com/Zl120Pve1d

I don’t like to exaggerate but if Kansas beats Texas here it could be the Jayhawks’ most important Big 12 win of the season so far.

#TEXvsKU I think my new complaint whenever something doesn’t go my way will be, “But Kansas beat Texas.”

“Cubs won the World Series, Cowboys 8-1, Donald Trump is the president and Texas lost to Kansas, what is going on” ??