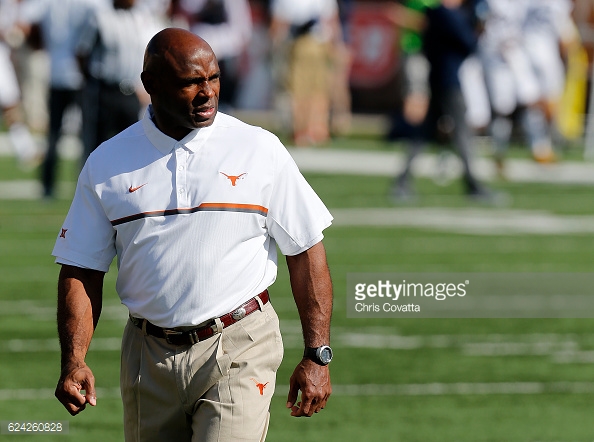 In what is sure to set up an uncomfortable few days for Charlie Strong and everyone surrounding Texas Longhorns football, ESPN’s Brett McMurphy reported Sunday night that Charlie Strong had been fired.

BREAKING: Texas has decided to fire Charlie Strong as football coach, according to @McMurphyESPN and multiple reports. pic.twitter.com/Qo8p1ZOWQm

But, just minutes later, ESPN wrote this tweet, but kept the original Strong tweet up and did not take it down.

So, this is a perfect microcosm of how Charlie Strong has been treated during his time on the 40 Acres. Maybe Kirk Herbstreit was right, Strong was set up to fail and is best getting out of that cesspool.

I’m sure there will be more to come on this in the coming days and we will address it during Monday’s podcast.