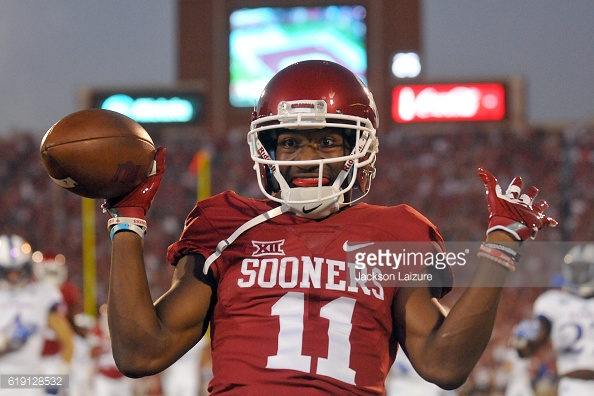 Oklahoma Sooners wide receiver Dede Westbrook is quietly creeping up some Heisman watch lists late in the season. It’s well deserved, as Westbrook has at least 100 receiving yards in 7 of his last 8 games. Despite Louisville’s loss to Houston last week, the Heisman is still likely Lamar Jackson’s to lose. But, it’s still nice to see Westbrook getting some more love down the ballot.

Westbrook is replacing much of the production left by Sterling Shepard, who is having an outstanding rookie season for the New York Giants.

After the Giants beat the Bears 22-16 on Sunday, Shepard was a guest on CBS Sports Radio, joining host Rich Ackerman and Eye on Football.

Towards the end of the interview, Ackerman asked Shepard for his thoughts on Westbrook’s Heisman chances. Below is the audio of that exchange.

It’s still a long shot, but it’s nice to see Shepard showing his support for Westbrook.