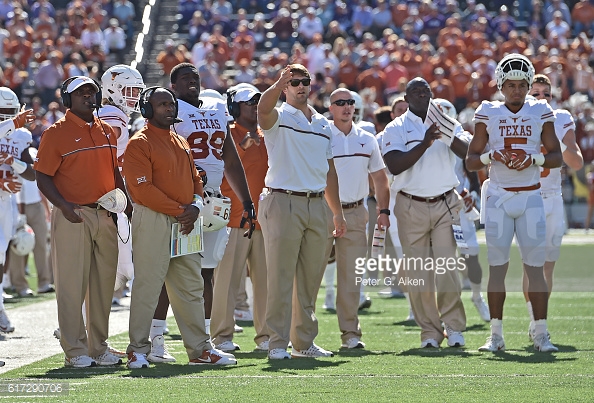 Texas players are fed up with how their head coach has been treated the past few days, and are reportedly considering a boycott of Friday’s TCU game.

According to Kirk Bohls of the Austin American-Statesman, “upperclassmen on the team are intervening and trying to calm the waters according to the source.”

The players are not happy with the multiple reports regarding Charlie Strong’s job status, with many reporting that he is all but fired, but will coach the TCU game. The decision is believed to have come down following the Longhorns shocking overtime loss to Kansas on Saturday, a game they went into as 24-point favorites.

Strong is currently 16-20 as head coach at Texas, and is trying to avoid having the Longhorns suffer a third-straight losing season for the first time since 1936-38.

Texas is scheduled to play at home Friday at Royal-Memorial Stadium for a 2:30 kick off against TCU.