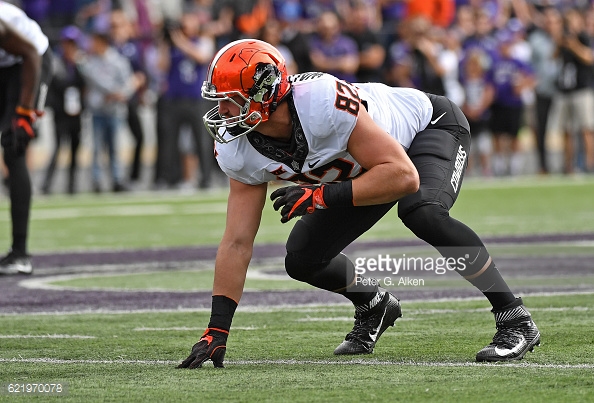 Put this one under the strange and the bizarre.

Oklahoma State defensive end Cole Walterscheid was arrested Sunday morning on charges of public intoxication after he was allegedly found asleep on top of a Jimmy John’s sign used on top of delivery cars.

Clearly Walterscheid was pumped up about the Pokes win over TCU, as the arrest came 12 hours after the 31-6 victory. According to the O’Colly, OSU’s student paper,  an OSU police officer found Walterscheid asleep in a grassy area in Stillwater around 2 a.m. on Sunday. Walterscheid appeared to be passed out atop the sign used on top of Jimmy Johns delivery vehicles.

Jimmy John’s is not pressing charges against Walterscheid, but they did make a statement on Twitter about the incident.

This is why we can’t have nice things ? https://t.co/saaxHKsb0V