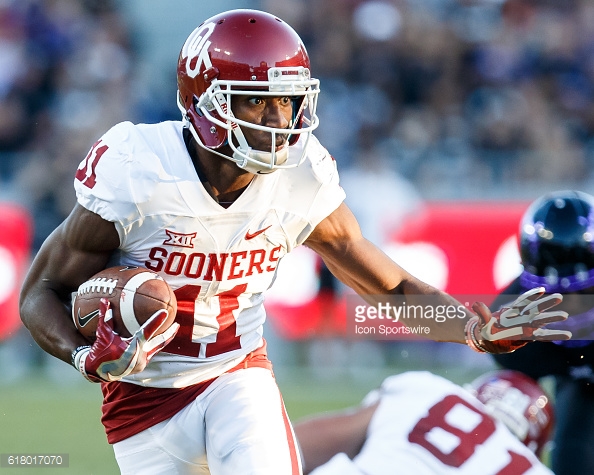 The Sooners star wide receiver wasted no time taking the first jab during Bedlam week by getting back at one Oklahoma State fan on Twitter.

Think this might make it’s way onto the Cowboys’ bulletin board this week? I’m sure it will.

But, this is the kind of stuff that makes Rivalry Week and Bedlam Week outstanding. It was a little social media fun from Westbrook… and if anyone is allowed to do it, it’s one of the best wide receivers in the country. I’ve got no problem with this from either end.

If anything, it should give Richards a little more juice for the game (as if he needs it), since he’s been prone to allowing a big play (or more) throughout the season.