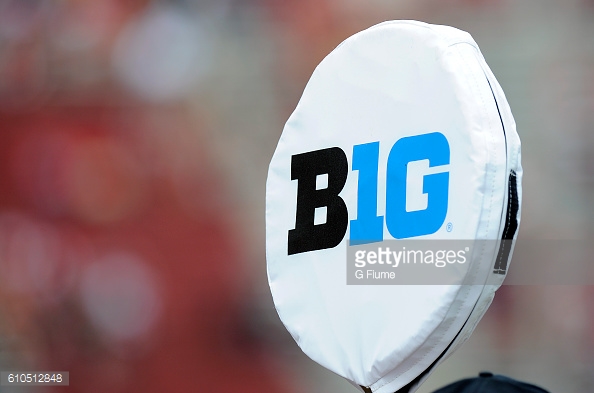 After the latest edition of the College Football Playoff rankings were released many people have become outraged, and they are more than justified. This playoff committee has had a very interesting way in showing bias for the Big Ten conference since the very first year in which the committee was put into place, and things need to change. This playoff committee has insulted the intelligence of the college football world for far too long now, and it’s time they have been called out.

The biggest issue with the college football playoff committee is their lack of consistency. The college football playoff committee says they use a various group of metrics, the eye test and resume to determine the ranking orders of each team. Yet they continue each week to find a way to contradict what their guidelines are, making it very difficult for each team in the country and fans to comprehend just what it is the committee is looking for.

In 2014, it a disgrace when the playoff committee somehow moved TCU from 3 to 6 under the guise that the Horned Frogs did not win their conference outright. The committee claimed that Ohio State, and Oregon had done more to earn their spots because they were outright conference champions. This despite TCU having a better loss and quality wins. TCU had a Top-5 loss and 4 Top 25 wins. Ohio State? A loss to unranked Virginia Tech and ONE Top 25 win. Oregon also had four Top 25 wins, but their loss was to unranked Arizona. The Horned Frogs got hosed.

Well, the Buckeyes moved past the Horned Frogs and went on to win the National Championship. So, the committee got the last laugh and seemed justified. We all accepted that winning your conference championship is important to the committee, and moved on.

Yet, here in 2016 Ohio State sitting in a very similar position to TCU in 2014, yet the Buckeyes appear to be a lock into the Field of 4.

But back to this week specifically, let’s compare the first major issue in the top 10 this week: Colorado jumping Oklahoma. If chaos happens, it is assumed Colorado would remain in front of the Sooners and be in the Playoff. But how do those teams stack up? I don’t believe there’s any doubt the Sooners would defeat the Buffs on a neutral site, so the Sooners have the eye test.

Resume? Both teams have quality strength of schedules but the Sooners have the better win. Colorado’s two quality wins are against Stanford, Washington State, and a Utah team that miraculously moved up two spots after losing to unranked Oregon and Colorado in back-to-back weeks. Oklahoma’s a road win over No.16 West Virginia in Morgantown in dominating fashion.

What about metrics? The Sooners are ahead in strength of schedule, average win probability, and game control while the Buffs have a better strength of record. This is just one example in these current rankings of hypocrisy. Another one you can look at is 9-2 West Virginia being ranked 16, while a 4-loss Auburn team is not only ranked, but ranked ahead of WVU.

Also, LSU and Tennessee somehow remained in the Playoff rankings with 4 losses, despite consistent displays of mediocrity. If looking at 4-loss teams, why not BYU or Kansas State?

The committee continues to be very inconsistent about its criteria and that has been proven time and time again.

Has the committee changed what they view as important? Or are the various metrics that they say are most important vary year-in, year-out, based on which teams can bring the biggest TV ratings to ESPN? Just asking for a friend.