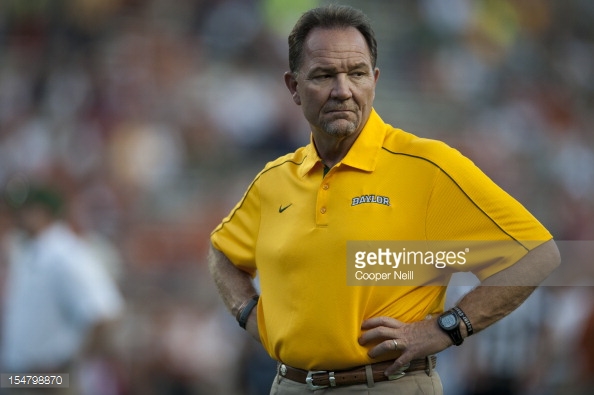 USA Today released its list of salaries for assistant coaches across college football in in 2016, and we took a closer look at how the Big 12 conference stacks up.

When evaluating how the Big 12 conference stacks up compared to the other Power 5 conferences, the results may surprise, or I should say, impress you.

Of the Top 20 highest paid assistant coaches in college football…

When expanding that number to the Top 40…

So, the SEC is in control, with nearly half of the 40 highest paid assistant coaches coming from the conference. Shocker? Not in the least bit.

But, the fact that the Big 12, which only has 10 teams, 4 less than the Big Ten, SEC, and ACC, ranks second in number of highest paid assistants in college football, is good news for the conference.

The Big 12 has continued to be a punching bag for many fans of the other Power 5 conferences. Sure, the conference hasn’t done itself any favors by butchering things such as having co-champions when touting “One True Champion” and saying expansion was likely before deciding not to expand. Also, the conference has missed the College Football Playoff in 2 of the first 3 years, and the Texas Longhorns have remained mediocre, neither of which has helped the conference.

But, this conference is not going to lose top-tier talent on their respective staffs to lateral moves in other conferences over money.

Maybe the most interesting part of this list is that the Kansas Jayhawks have two of the top 8 highest paid assistants in the Big 12 in defensive coordinator Clint Bowen and co-defensive coordinator Kenny Perry. The KU coordinators are higher paid than anyone on the staffs at Kansas State, Oklahoma State, TCU, and Texas Tech. Not too shabby. There are a lot of things we can call the Jayhawks, but cheap isn’t one of ’em.

The sixth highest paid assistant coach in the Big 12 is West Virginia defensive coordinator Tony Gibson at $750,000. After what Gibson did with his side of the ball this season, you can bet he’ll get a bit of a pay bump before the 2017 season rolls around.

Lastly, to put into perspective the pay raises college football assistant coaches have experienced in recent years, the average assistant in the Power 5 conferences made $200,000 in 2009, that number has now shot up to around $400,000. In fact, there are 191 assistant coaches across America making at least $400,000. Unbelievable.

It’s a grind of a business, but if you’ve ever thought about being a college football coach, it’s never too late!