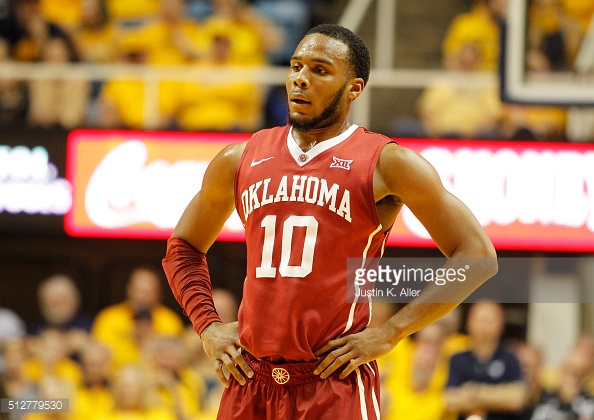 As Oklahoma begins life without Buddy Hield in 2016-17, the key to success this season will be teamwork, not a one-man show.

When I settled in to watch Sooners basketball for the first time this season, the loss of Buddy Hield was evident.

Now, that’s to be expected. Any team that loses the Naismith Player of the Year and 6th overall pick in the NBA Draft is not going to recover immediately (unless you’re Kentucky or Duke). It’s a work in progress.

On Saturday, Oklahoma was taking on a solid Wichita State program, but not the kind of Shockers team that Gregg Marshall has had in past years. Both teams were unranked and looking for an identity in the early season.

The Sooners lost the game 76-73 in Oklahoma City, and while the Sooners made a late push in the final minute thanks to Hail Mary three-pointers from Jordan Woodard, the final score did not tell the whole story.

Oklahoma shot just 30.8% from the floor, including a stretch from the first half into the second half where the Sooners missed 18 of 21 field goals. That’s where this game was lost. Even though the Sooners held a two-point lead heading into halftime, all the momentum was with Wichita State.

Jordan Woodard simply tried to do too much for OU. He’s not Buddy Hield and he never will be. Woodard needs to begin playing more of a traditional point guard roll. Woodard’s stat line on Saturday ended up looking better than it really was. He was 4-9 from 3-point range, but was 2-7 before hitting two fairly meaningless threes in the final 45 seconds.

In 9 games this season, Woodard is averaging 3.9 assists per game, up from last season’s 3.4, but down from his freshman year of 4.6. Also, while Woodward’s field goal percentage is slightly up overall from last season, he’s shot just 33.3% in the three games Oklahoma has lost this season.

As the Sooners work in some new faces, and guys who are seeing big increases in minutes, it’s up to the senior point guard Woodward to make this machine run as best as possible. Yes, he’ll need to score, but just as importantly, he needs to facilitate.

Sophomore Christian James is a streaky shooter who has seen his minutes practically quadruple so far this season. He’s shooting 55% from 3-point range, but struggled against Wichita State, hitting just 3 of 17 shots from the field, including only 1 of 5 from downtown.

Khadeem Latin is in charge of replacing Ryan Spangler, but I’m just not convinced he has the interior toughness to do many of the things that Spangler accomplished, that never showed up in the box score.

Freshman guard Kameron McGusty came in highly touted, as he picked OU over Florida and Louisville, but has gotten off to an up-and-down start. Fellow freshman  Kristian Doolittle has actually been the more consistent and impressive of the two (along with more surprising), averaging 8 points and 5 rebounds per game.

There are just so many new parts to Lon Kruger’s rotation and there is only one player who can lead them: Woodard.

Hield is gone, so is fellow backcourt mate Isaiah Cousins, and the always scrappy Spangler. This is now Woodard’s team. Is he going to try and shoot this team to the NCAA Tournament bubble and become an 8-seed that ends up being bounced in the first or second round? Or, will Woodard try to help grow this group over the next 3 months into a quintessential “team” that ends up becoming a potential March surprise?

It’s Woodard’s call, and his choice remains to be seen.