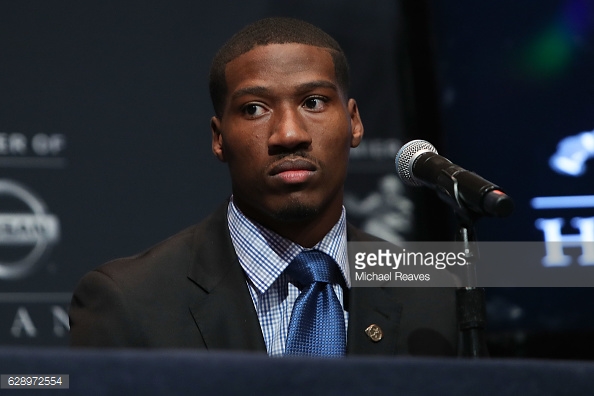 The Tulsa World report, which is outstanding reporting by Cody Stavenhagen, outlines two instances from 2012 and 2013, prior to Westbrook’s time at Oklahoma, where he was involved in these respective incidents in his hometown of Cameron, Texas.

The first allegedly took place in July of 2012.

The report says Westbrook told an officer he came to see his child, but the mother wouldn’t let him inside. The 18-year-old Westbrook admitted to getting angry and breaking the window west of the apartment door.

After the woman initially claimed there was no physical altercation and she did not want to press charges, she reversed her stance about 6 weeks later in August of 2012. The woman was seeking a criminal trespass warrant against Westbrook, claiming he threw a picture frame against a wall and threatened her.

Cameron police eventually issued a warrant for Westbrook’s arrest on a family violence complaint. He was arrested on Aug. 29, 2012, but the Milam County District Attorney’s office rejected the charges in December, according to police documents.

The other incident allegedly took place in April of 2013 at the apartment of the same woman.

The woman told the police Westbrook threw an Xbox across the room, and tried to leave her residence with her wallet and Xbox games. She tried to stop him by grabbing Westbrook’s shirt. That’s when he allegedly bit the woman on the arm and punched her in the jaw with a closed fist.

At the time, Westbrook claimed the woman’s arm swept across his teeth and he did admit to pushing her away with his hand on her face.

Westbrook was booked in Milam County Jail on April 26, and the district attorney’s office proceeded to file misdemeanor family violence charges on May 22.

Westbrook’s mother reportedly may have talked the woman out of pressing charges, with the woman telling prosecutors she lied about what happened.

Well, this was the kind of damning report that Dede Westbrook doesn’t want to see a few months before the NFL Draft. Also, it doesn’t exactly make the Bob Stoops and the Oklahoma football program look good, especially when considering they were recruiting Westbrook right around the time of the Joe Mixon incident in 2014. Oh, and by the way, the Joe Mixon tape is going to be released to the public at some point.

Westbrook did appear to give some kind of a response to the report on twitter.

Don’t believe everything!! Don’t be so gullible

In fairness, we don’t know all the details. And I don’t want to jump to conclusions. But, when someone has a history and has made a habit of some questionable run-ins, including an arrest from this past May that we reported on, it’s not a good look… and often times it’s hard to give that person the benefit of the doubt.

Westbrook just capped off a weekend in New York City where he was a Heisman finalist, which was preceded by winning the Biletnikoff Award last week.

Westbrook finished an outstanding senior season with 74 catches for 1465 yards and 16 touchdowns.