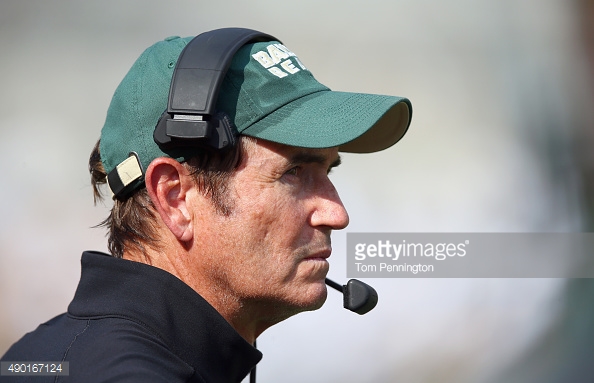 According to a new analysis, the Baylor football sexual assault scandal has cost the University more than $76 million and could rise to more than $200 million.

The report was released Tuesday morning by Bears for Leadership Reform, which is calling for greater transparency from the school’s regents.

Baylor wanted no part of this study, simply saying in a statement: “Beyond confirming Baylor University is and will continue to be strong and financially healthy, we will not respond to such speculation with any further comment.”

In terms of how this money was allegedly spent and lost, Baylor has lost an estimated $33 million in private donations.

Then, there’s some more concrete numbers, where Baylor has reportedly spent $44.1 million including $5 million in fees to the Pepper Hamilton law firm, another $12 million legal and PR fees (which are growing), and $22.5 million in settlements with former employees, which is highlighted by the $17 million buyout for head coach Art Briles.

As for the estimated $200 million total, that’s where the analysis projected $122 million in total costs, along with just over $100 million in lost contributions.

As for how these figures were figured out, it was reportedly through reviewing audited financial statements, IRS statements and Equity in Athletics Data provided to the U.S. Department of Education.

The study also referenced the Penn State child sexual abuse scandal and investigation as a way to relate costs and lost contributions.