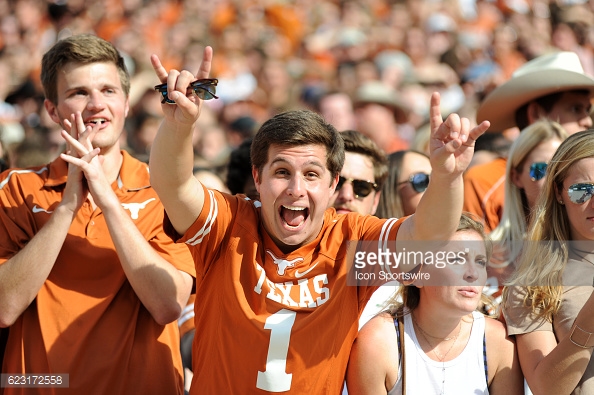 According to a new report from the Austin American-Statesman, alcohol sales increased over 70 percent during the 2016 season compared to 2015. Texas generated $3.1 million in revenue from beer, wine and liquor sold at football games.

The leader for most popular beer at Royal-Memorial? It’s a close race, but Miller Lite takes the cake, selling 98,535 during the season. Coors Light comes in a close second place selling 95,096 in the stadium. As a Silver Bullet man myself, I was happy to see such a close race.

But, frankly, seeing Miller Lite as #1 surprised me. My guess for order of sales would have been: Bud Light, Coors Light, [big gap], Miller Lite. I’ve always viewed Miller Lite as the beer you drink when you go to vendors right before they’re about to stop selling alcohol and they say, “Sir, all we have left is Miller Lite.” For a moment, the world seems to stop, you drunkenly go through the pros and cons, and ultimately decide that you’re pretty drunk anyway so the Miller Lite will go down with enough ease to make maintaining your buzz worth it.

Maybe, UT fans are so drunk heading into the games they go for the Miller Lite because it’s cheaper and saves them money? I have no idea, but I am fascinated by this and will be thinking about it the rest of the day. Hell, it might even keep me up tonight.

Anyway, coming in at distant third was Bud Light, with just 34,257 sales. Other beers solid, according to Texas records, include 1,411 Shiner Bocks, 952 Lone Stars and 741 Michelob Ultras.

Even these excellent puppy Super Bowl commercials can’t get people to suck down a Bud heavy.

It’s got to be that Longhorns fans simply don’t enjoy bud mud the morning after a game (Urban Dictionary, if you must). I just can’t come up with any other reason for such horrendous sales.

I am not totally shocked that the Notre Dame game blew the rest out of the water because it was a capacity crowd and a warm night. But, I’d figured people were so locked into that game there was little time to get out of your seat to go buy a beer? I’d think that maybe a game like Kansas or TCU would send people right to the vendors on multiple occasions. Those were tough ones to watch.

Former Texas Longhorns running back Jim Bertelsen has died at the age of 71, according to a report from the Austin American-Statesman. Bertelsen...

Who doesn’t like calling out ESPN? It’s a past time of everyone from athletes to players. The latest to jump in on...

As teams and fans set their eyes on the 2021 college football season, we are starting to learn of more teams planning...