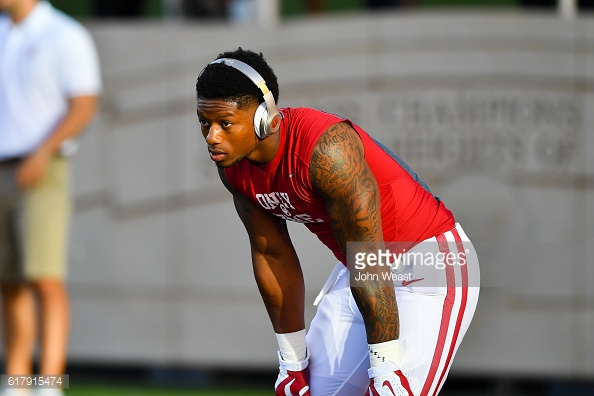 As we rehash the Joe Mixon apology, there’s no defending his actions, but there is such as thing as understanding a situation in it’s entirety.

Editor’s note: As the owner of the website, I wrote a highly critical piece about Mixon and Stoops early last week. Since then, I also wrote that Mixon’s apology made me view the situation differently. Timothy Bailey has been writing for us for some time and we both felt it was important for him to tell his story and how it has shaped his opinion on Joe Mixon and the University of Oklahoma from a different point of view. At Heartland College Sports, I always wanted this to be a Big 12 website of varying opinions and viewpoints, regardless of my personal believes. Enjoy this piece.

Before we begin, I would like to touch base with everyone. Joe Mixon’s disgusting action of striking a woman has no place in our society. I believe wholeheartedly that men should never strike women, unless their life or the life of another is in imminent danger. I believe in this fundamental moral code, but I do also believe in an equally important moral code; one mistake or action does not define the character of a man, and everyone deserves a second chance.

Joe Mixon was wrong using the kind of devastating force against Amelia Molitor in 2014. I understand that Molitor was the aggressor, and also broke multiple laws that evening. But, our laws protect citizens from those who overstep the bounds of “stand your ground laws” and they should. If you disagree with this, you are not being reasonable, plain and simple. No more excuses for Joe’s actions that evening, it doesn’t fly. And to undermine his bad choice, is disrespect to Joe Mixon and the university who has worked so hard to set Mixon on a better path of life, no more regression, and no excuses!

With all that being said, the University of Oklahoma was justified in giving Joe Mixon another opportunity, and his press conference was evidence of this. When we look at athletes, some criticize the fact that we view them on a higher plane of morality. We do, but that’s because they have impact on the lives of thousands, if not millions of young people. Fair or not, that is simply the way things work, and rightfully so. But, here we begin a story of redemption for a young man who made the worst decision of his life, and how he EARNED a second chance from a coach and a university known for integrity.

Watching Mixon’s press conference Friday afternoon showed the world what the coaches, and persons of leadership saw, that we the media, and public had not. We saw a good kid, in humility who took ownership of his mistakes, without excuses. We saw a young man willing to make a change and to forsake the decisions of his past. It has been almost 3 years, Joe Mixon has been a good student, a good teammate and a good citizen. He has sincerely apologized, and the incident haunts him each day. There comes a time where a man has truly paid the price for his sins, and Joe has. He has paid with the law, the university, and he has paid in guilt. At what point do we allow this young man to move on with his life? At what point do we forgive him? The time is now.

I have a personal story from my childhood I would like to share with you. As a child I had issues at time with anger, I remember saying terrible things, taking actions I would later regret.  It was never as severe of a situation as Joe’s but it was enough for me to have experience, as many of you also have. In the heat of the moment many of us have done things we regret, from hurting our family or friends with harsh words, damaged ours or another’s property, or laid our hands on someone we care about, male or female.  The actions done in those small moments don’t define us as people, because in this moments some of us for a short time lose ourselves and make choices we never would otherwise. Imagine if in one of those moments, you were judged by millions of people solely on that action. “Punk”, “thug”, “loser”, “trash”. You may have just punched a hole in your wall. You may have gotten into a fight with a friend of yours. Good people make these kinds of mistakes each day, but it doesn’t define them.

My grandfather was one of the most amazing people I have ever met. His love for his family was striking, and deep. His loyalty was boundless and his heart bigger than the planet itself. If he could help he would. He was the kind of person who could bring people in, and everyone loved him. I know I did, and when I think of examples of a person to be like, besides my savior Jesus Christ I cannot think of a better example. My grandfather was, a man of love, kindness, wisdom. He was amazing, he touched the lives of many people he drew them in. Of course, in his time on this earth he made plenty of mistakes. I remember one in particular, that if judged based upon this one choice may have warped reality of those who may not know him.

When I was 12 years old I had one of my episodes where I was not myself, I yelled cruel and mean things to the man who took me in. After a series of disrespectful words, I threw at him and probably a few shoves, my grandfather slapped me across the face. He left a mark, on my face. Before I went to school the next day he sat me down, and he told me if someone asks why I had such a mark on my face that, we don’t lie and I must answer them honestly.

Sure enough I went to school and was asked, I gave the truthful answer as I was instructed. For a week I was taken from my home, and had to live in a shelter. My Grandfather during that week went to classes and probably had to pay a fine before I was allowed to come home. I remember the faces of the men and women in the school who were good people. They were concerned, and I could tell they were harshly judging my grandfather, a man they did not know. To them my papa may have been pure evil. But to me, and the people who knew him, he had a heart of gold, and love that I’m not sure had any bounds. To this day he is my hero, and if he was judged based upon that one moment in his life it would be a travesty. Just because you’re a famous person, does not mean you should not be able to dictate your own legacy after making a mistake, if you truly change.

Joe Mixon is the kind of person who goes out of his way to make the fans’ day. He is kind and polite to strangers he meets. I know this. I have met the young man and he was nothing short of gracious. I have seen him interact with children, I have seen pictures and videos of him going to hospitals to visit children, or handing a football off to a young man with a mental disorder.

Yes, he has made a mistake, but this mistake does not define his character. The people around him rave about him, his teammates have nothing but good things to say, the same for his coaches. He has a positive impact on the people in his life. What example are we setting for children if we are unable to forgive and give second chances? How can we tell our children that if you make a mistake and then do the things to make it right that you are still defined by that moment?

Bob Stoops and those close to Mixon knew the things we did not. Similar to how my family, friends and I knew the things about my grandfather that the officials at the school did not. Life is a test of endurance and learning, up until the very end.

Thank you to Coach Bob Stoops and the University of Oklahoma for reminding us of an important lesson, and to not take the easy way out. Helping a young man grow, and mature is worth far more in my eyes than to dump him off to protect your own image.