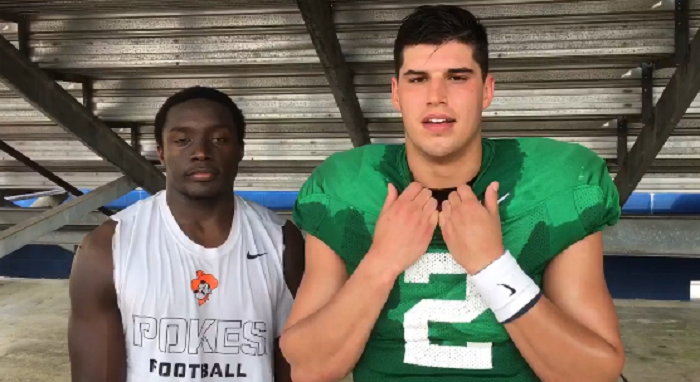 Rudolph and Washington will be seniors in 2017 and made the announcement in a Twitter video after practicing in preparation for the Alamo Bowl.

This is huge news for Oklahoma State.

The Cowboys will play Colorado on Thursday at the Alamodome. Kickoff is scheduled for 9 p.m. ET on ESPN.