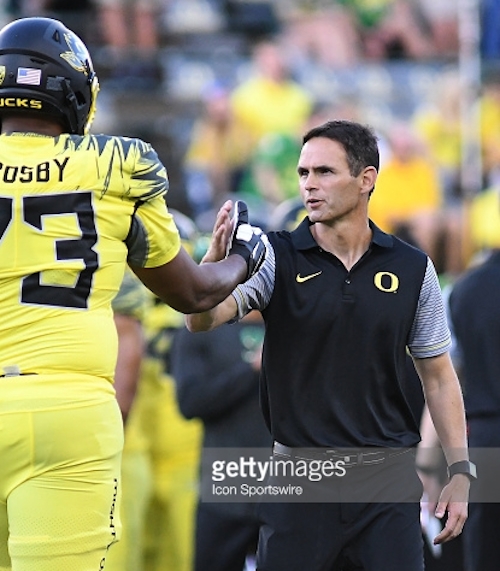 Lubick will join Baylor on a two-year deal. According to reports, the chance to become an offensive coordinator at a Power 5 program again was something Lubick felt like he couldn’t pass up.

Despite the Ducks struggling this past season, going 4-8 and leading to the firing he head coach Mark Helfrich, Oregon’s offense was not the problem. The Ducks ranked No. 16 in total offense and No. 18 in yards per play. Prior to Oregon, Lubick spent three seasons as the wide receivers coach at Duke. During his stint in Durham, Lubick was one of three finalists for the American Football Coaches Association’s Assistant Coach of the Year award for 2012. That season, Duke was the only FBS team in the country with three receivers to catch at least 60 passes.

Over his career, Lubick has also coached at Colorado State, Oregon State and Arizona State.

Lubick will be working with Jeff Nixon, the 49ers tight ends coach that was reported to be hired as the co-offensive coordinator under Rhule on Sunday.

Also, Lubick will be re-uniting with a former colleague from his Ole Miss days, George DeLeone, Baylor’s new O-line coach.