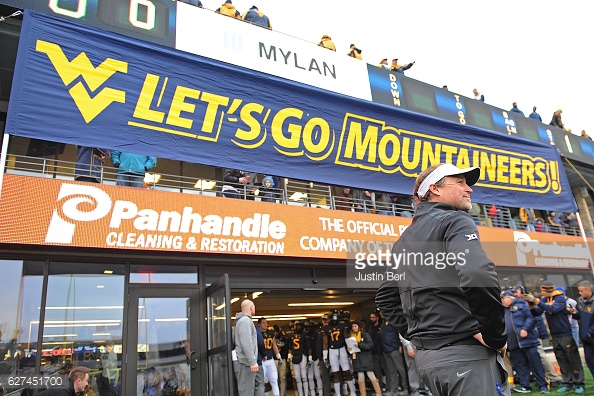 The West Virginia Mountaineers will open the 2020 season on the national stage.

WVU will face Florida State in the 16th annual Chick-fil-A Kickoff game. The game will be played on September 5th in the new Mercedes-Benz Stadium, which opens this year as the new home of the Atlanta Falcons.

In a statement, West Virginia head coach Dana Holgorsen said, “Our players and coaches like playing in neutral-site games in pro venues. When we played in the Chick-fil-A Kickoff game in 2014, our players, coaches and fans really enjoyed playing against Alabama in a great environment, and we expect the same in this game.”

Holgorsen went on to say, “Florida State is one of the top teams in the nation each year, and it will be a challenge for us and a great way to open the season.”

WVU play Youngstown State in 2018, James Madison in 2019 and Indiana State in 2021. But, these are the only FCS schools that will be on the schedule in those respective years, with the Mountaineers staying consistent with two FBS teams and one FCS team on their schedule each season.