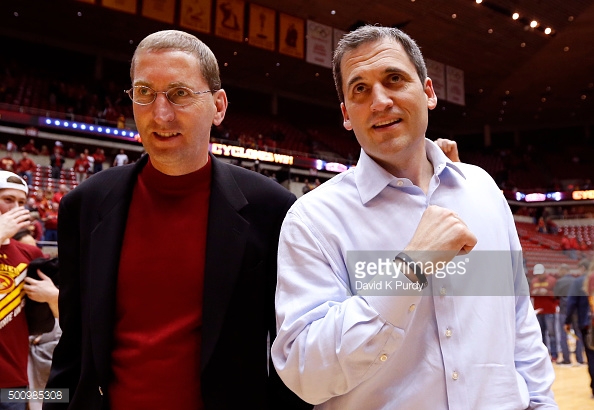 Jamie Pollard’s job as Iowa State athletic director continues to remain very safe. The University announced the extension of Pollard’s contract through 2024, which, coincidence or not, is around the time the Big 12 television rights agreement ends.

If Pollard is still around in 2024, that would be 20 years on the job, which is longer than anyone has held the job at Iowa State.

“I am very grateful to Dr. (Steven) Leath for providing me the opportunity to continue in a role that I absolutely cherish. The Iowa State community has been a terrific home for our family, and this extension means we can keep building on the positive momentum that our coaches, staff and student-athletes have created. I’m more than excited about the future of Cyclones athletic today than I have ever been.”

Pollard has done a good job with hiring folks like Fred Hoiberg, along with Steve Prohm and hopefully we can soon say the same about Matt Campbell (I think we will).

The press release also listed some of Pollard’s accomplishments over his 11 years in Ames:

“Jamie is an exceptional leader who shares my vision for elevating the profile of Iowa State as a university known for excellence. His tenure is marked with unprecedented achievement and enthusiasm for Cyclone Athletics – both in competition and in the classroom. More importantly, Jamie has led this success with integrity, doing things the right way — the Cyclone Way.”

“I am delighted that Jamie has agreed to serve another seven years as director of athletics. He recently outlined several major initiatives for the athletics department. This extension helps solidify the execution of that ambitious plan and an exciting future for Cyclone Nation.”