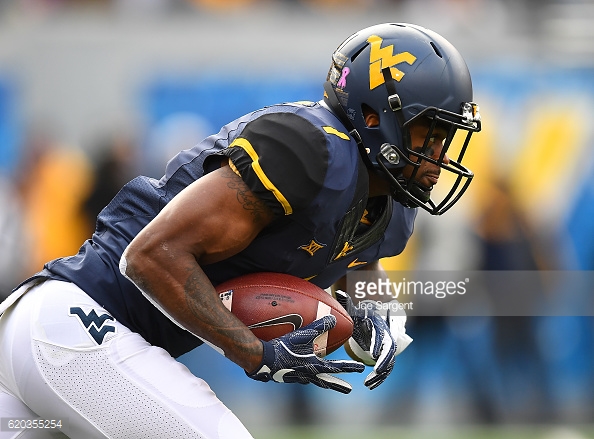 West Virginia wide receiver Shelton Gibson is skipping his senior year of college to enter the 2017 NFL Draft. Gibson made the announcement Wednesday afternoon on his Instagram account.

Gibson led the team in receiving yards the past two seasons. He finished the 2016 season with 43 catches and 951 yards, along with eight touchdowns. He was selected to the All-Big 12 second team and a first-team all-conference selection as an all-purpose player by the conference beat writers in 2016. Two years ago, Gibson caught 37 passes for 887 yards and 9 touchdowns.

Best of luck to Shelton Gibson as he takes the jump to the next level.